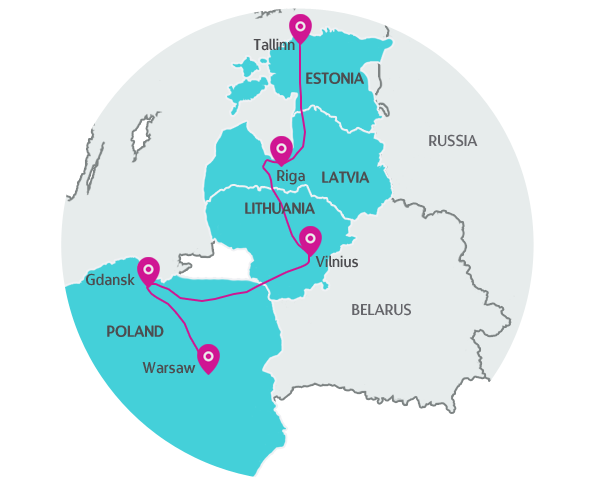 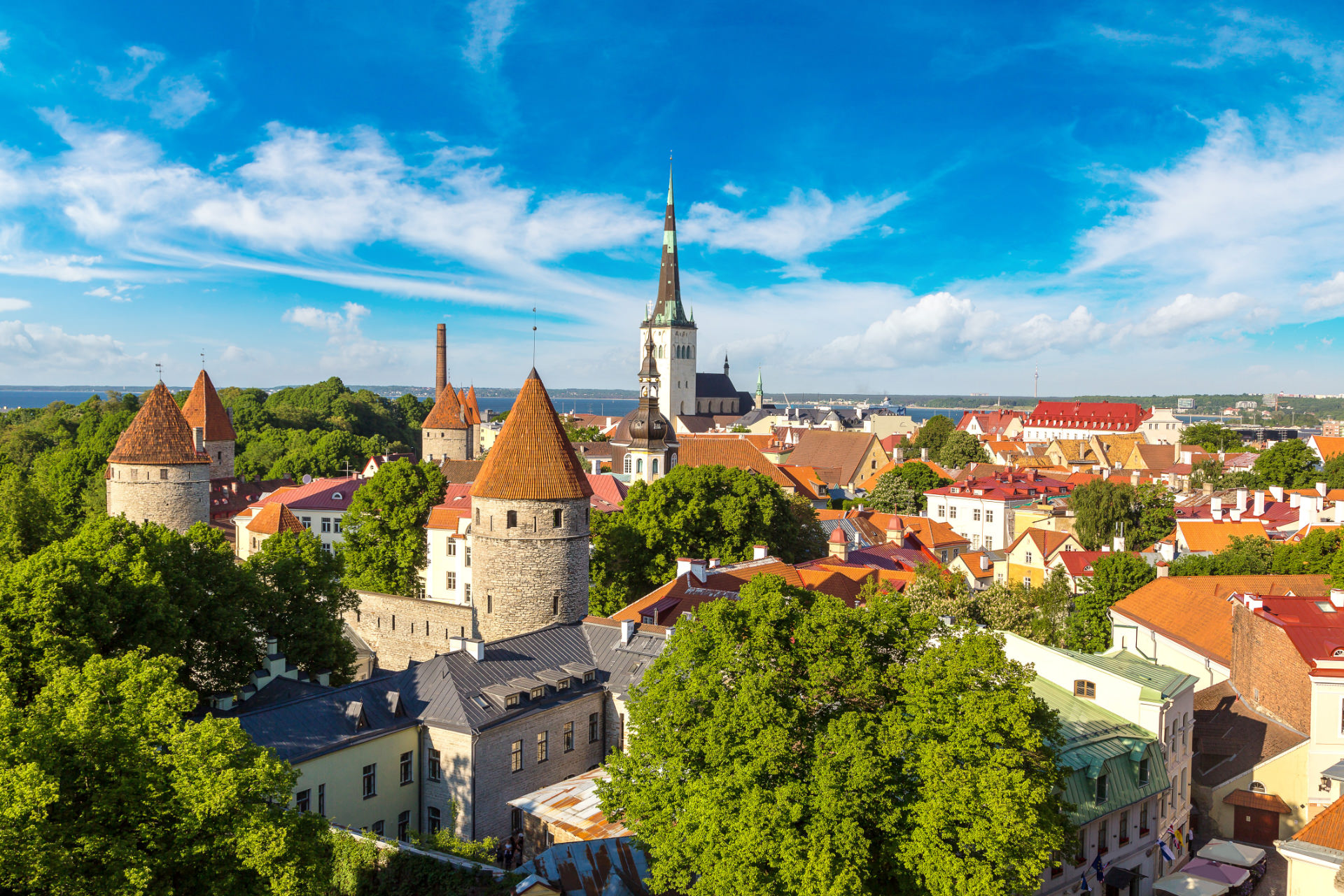 Day 3 Tallinn – Sigulda – Riga Breakfast at the hotel. Check out the hotel.
After breakfast departure for Sigulda (Latvia).
Lunch at a restaurant.
Arrival in Sigulda and sightseeing in the city. Sigulda is situated in the heart of the Gauja National Park, where you can admire the ruins of medieval castles. Sigulda was formerly called the 'Livonian Switzerland', because of its beautiful landscapes with cliffs, hills, and valleys.
Sightseeing in the Turaida Castle.
Departure for Riga.
Arrival in Riga and check in at the hotel.
Dinner at the hotel.
Overnight stay in Riga.
Day 4 Riga Breakfast at the hotel.
Sightseeing in Riga – the capital city of Latvia. Riga is one of the biggest cities in the Baltic states and is situated at the mouth of the Daugava. It once belonged to the Hanseatic League. Riga is known for its Gothic, Baroque and Art Nouveau architecture. Sightseeing in the Old Town, the university, the opera and the cathedral.
Lunch at the restaurant in the city centre.
Second part of sightseeing: Jurmala and its beautiful, wooden Art Nouveau architecture. Jurmala is situated 25 km west of Riga and it is a resort town stretching for 32 kilometres (20 miles), placed between the Gulf of Riga and the Lielupe River. Jurmala has also gained a reputation as a health spa.
Dinner at the hotel and the last night in Riga. 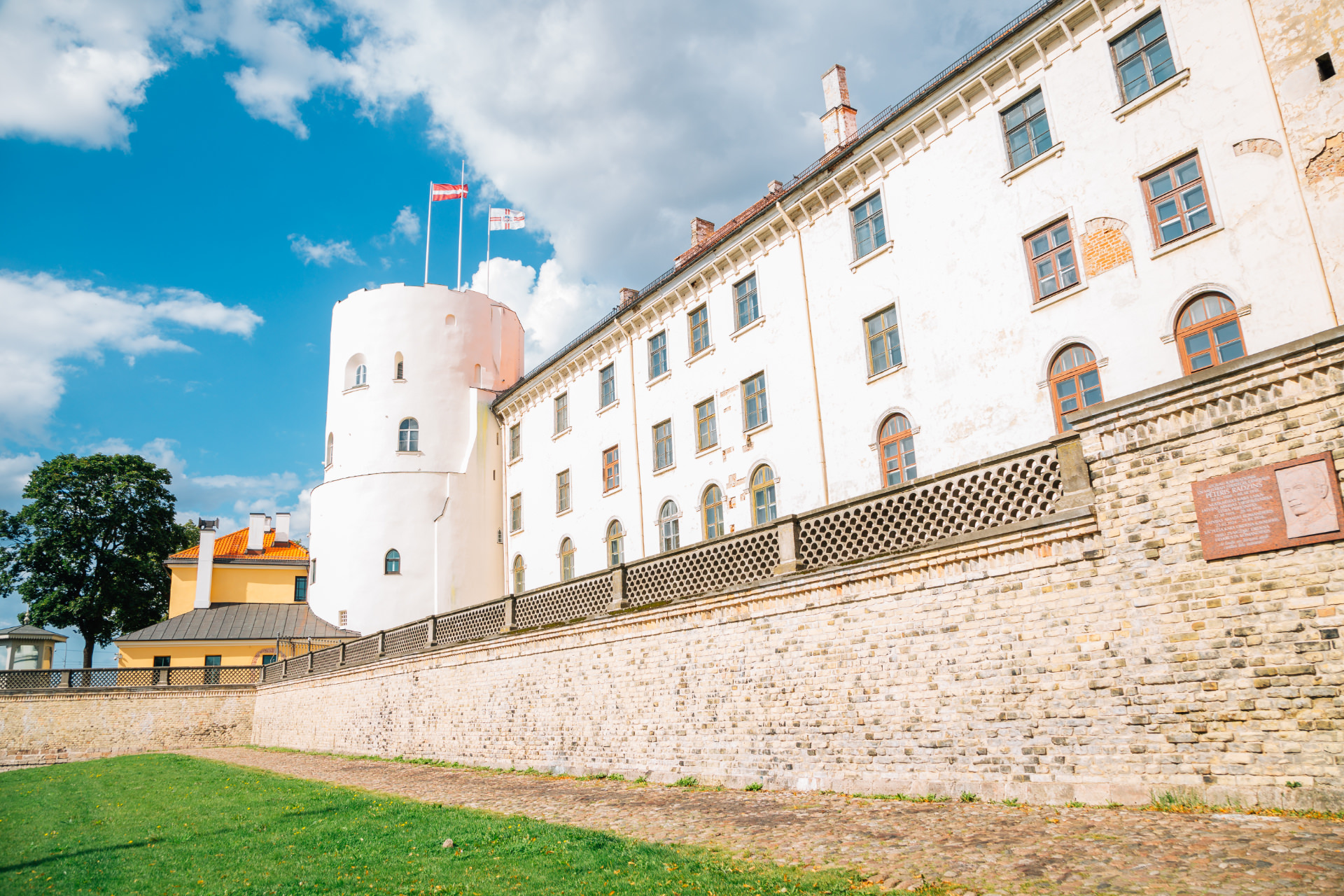 Day 5 Riga – Rundale – Siauliai – Vilnius Breakfast at the hotel. Check out the hotel.
Departure for Vilnius via Rundale and Siauliai.
Sightseeing in Rundale: it is famous for its splendid Baroque Palace, which was built in 1736 – 1767 as the summer residence of Duke Ernst Johann of Courland. The palace was regarded as a Latvian counterpart to the French Versailles and the German Sans Souci.
Lunch at a restaurant in Rundale.
Departure for Siauliai (Lithuania).
Visiting the pilgrimage site - the Hill of Crosses – which is on the UNESCO Heritage List. Over the centuries, not only crosses, but giant crucifixes, carvings of Lithuanian patriots, statues of the Virgin Mary and thousands of tiny effigies and rosaries have been brought here by Catholic pilgrims. It is estimated that 100,000-200,000 crosses are to be found on the mountain. In 1993, Pope John Paul II visited the Hill of Crosses, declaring it a place for hope, peace, love and sacrifice.
Arrival in Vilnius.
Check in and dinner at the hotel.
Overnight stay in Vilnius.
Day 6 Vilnius – Trakai – Vilnius Breakfast at the hotel.
'Vilnius – an encounter between the Orient and the Occident' – a walking tour through the magnificent Old Town – a quarter with numerous churches, narrow streets with tiny houses. Owing to its uniqueness, the Old Town is a UNESCO World Heritage Site. Sightseeing includes a visit at the Cathedral in the city centre, St. Anne's Church – built in the Gothic style, the Gate of Dawn with its Chapel and the painting of the Blessed Virgin Mary, Mother of Mercy, the university, and the Market Square.
Departure for Trakai.
Lunch at a restaurant in Trakai.
Sightseeing in Trakai: the former capital of the Grand Duchy of Lithuania with its beautiful lakeside setting and the insular red brick castle on Galve Lake. The Castle museum of Trakai offers an exhibition of the history of Lithuania and prehistoric findings. Located 27 km away from Vilnius, Trakai is a wonderful place to rest. It is a small and very quiet town - there is no heavy traffic. Trakai Castle enchants with its magic – upon entering the main gates to the castle, you will feel like you are going back to ancient times. You will have the opportunity to admire a spectacular view of the Trakai area. You will hear interesting legends and stories about Trakai and its famous castle.
Return to Vilnius.
Dinner at the hotel or at a restaurant.
The last night in Vilnius. 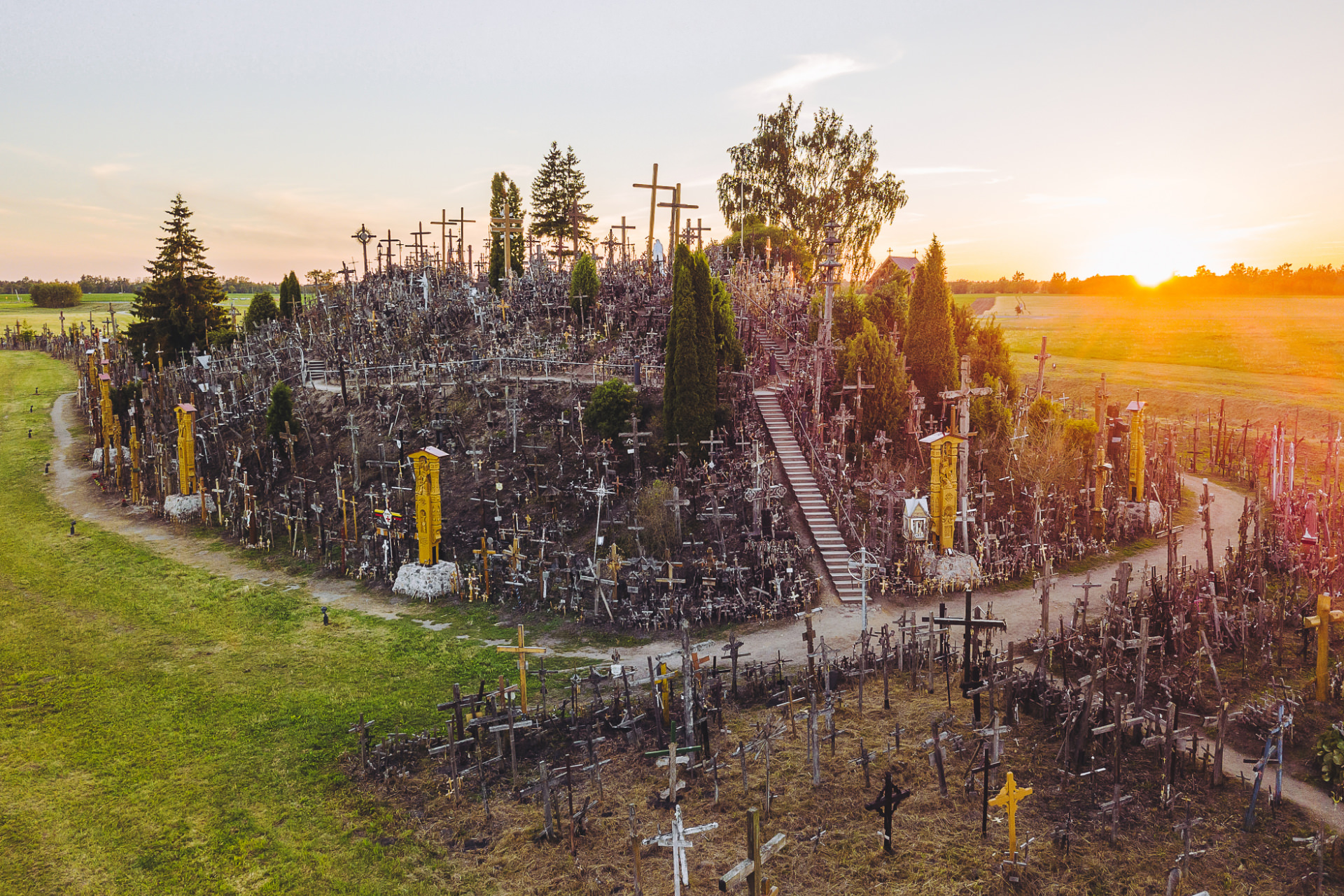 Day 7 Vilnius – Olsztyn – Gdansk Breakfast at the hotel.
Check out from the hotel. Departure for Poland.
Arrival in Olsztyn. Lunch at a restaurant.
Sightseeing in Olsztyn. Afterwards, departure for Gdansk.
Arrival in Gdansk and check in at the hotel.
Dinner at a restaurant or at the hotel.
Overnight stay in Gdansk.
Day 8 Gdansk and Solidarnosc Breakfast at the hotel.
Guided tour of Gdansk, which was one of the richest cities in the XVII century. The programme includes: the Cathedral of Oliwa (sightseeing inside) with its famous pipe organ, an organ music concert, the Main Town Hall, the Fish Market, the Old Harbour, Saint Mary's Church (sightseeing inside), the Long Market with Neptune's Fountain, and Artus Court.
Lunch at a restaurant in the centre of Gdansk.
“Solidarnosc”: visiting the Solidarnosc Museum in the Gdansk Shipyard and the Monument of the Fallen Gdansk Shipyard Workers from the year 1970. Transfer to Sopot and a walk along one of its piers: the city is called the capital of the Polish sea. (If there is free time left, transfer to Westerplatte, where World War II began on the 1st of September, 1939).
Leisure time in the centre of Gdansk.
Dinner at a traditional restaurant with regional music.
The last night in Gdansk.

Day 9 Gdansk – Malbork - Warsaw Breakfast at the hotel.
Check-out from the hotel in Gdansk. Departure for Malbork.
Visiting the Malbork Castle Museum. The Teutonic Order started to build it in the year 1380. This monument is inscribed on UNESCO's List of Human Heritage.
Departure for Torun.
Lunch at a restaurant in Torun.
Sightseeing in Torun.
Departure for Warsaw.
Arrival in Warsaw and check in at the hotel.
Dinner at the hotel.
Overnight stay in Warsaw.
Day 10 Warsaw – the capital city of Poland Breakfast in the hotel.
Guided tour of Warsaw: Lazienkowski Park with the Frederic Chopin monument, the Warsaw Ghetto, Umschlagplatz (thousands of the Jews were deported from there to the concentration camps), the Tomb of the Unknown Soldier, the Palace of Culture and Science, Krakowskie Przedmiescie Street, the Old Town (listed as a World Heritage site by UNESCO), St. John’s Cathedral. The Old Town was completely destroyed during World War II and reconstructed thanks to the commitment of the Polish nation.
Lunch at a restaurant in the centre of Warsaw.
Sightseeing inside the Royal Castle.
Leisure time in the centre of Warsaw.
Dinner with a music concert at one of the local restaurants (optional).
The last night in Warsaw. 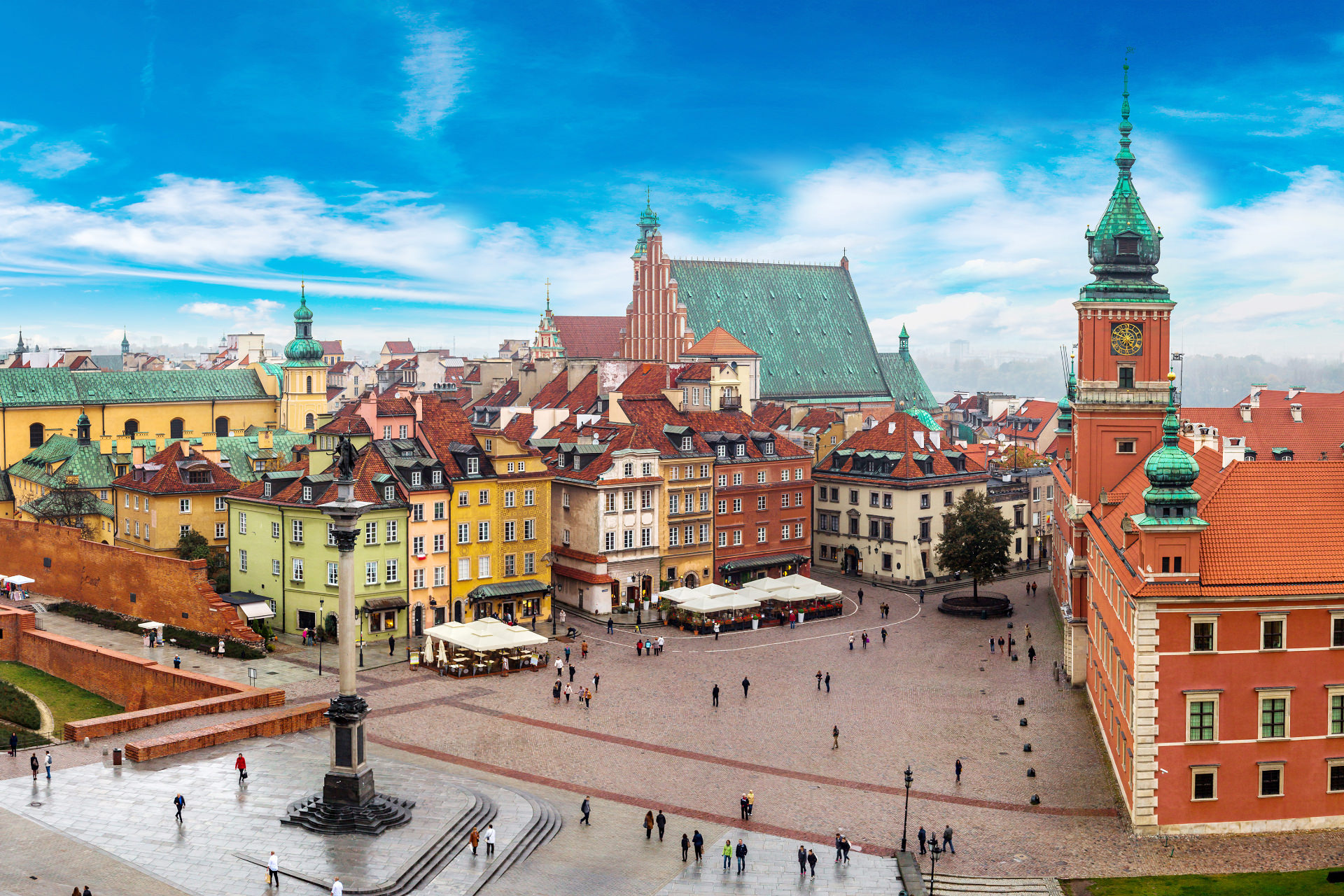