You have never met something quite like this before. Unique traditions, medieval architecture, UNESCO listed places: all this and more you will find in Lithuania during our Classical Lithuania tour.

Day 1 Welcome to Vilnius! Arrival in Vilnius, meeting and transfer to the hotel, check in.
Welcome to Lithuania - experience the green surroundings, hear the soughing of the sea, discover Lithuanian history and art, take a bite of brown bread!
Overnight at the hotel in Vilnius Old Town.
Day 2 Old Vilnius and Marvellous Trakai Island Castle Breakfast at the hotel.
Morning guided Vilnius sightseeing tour.
During the tour you will see Vilnius Cathedral and its square, Vilnius University ensemble, Pilies street with the 16 – 18th century historical and architectural monuments, Gothic corner of Vilnius with St. Anne’s and Bernardine churche, the former Town Hall square, the Dawn Gate with a miraculous icon of Virgin Mary, Gediminas Tower, Uzupis, the 17th century Baroque church of St. Peter and Paul.
Afternoon guided Trakai sightseeing tour, optional lunch at the Karaime traditional restaurant.
In Trakai you will visit the legendary Trakai Island Castle, which was a cradle of the Lithuanian statehood, an important military and political centre, headquarters of the Lithuanian Grand Dukes, and the capital of Lithuania. Trakai is also known for the Karaimes, who have lived there since the 14th century and have preserved their traditions. The houses of Karaimes have survived in Trakai, and the national dishes (the most popular is kybyn – a small pasty stuffed with minced meat) of this ethnic group can be tasted at the Karaime Restaurant.
Boat ride on the Galve lake around the Castle.
On return to Vilnius - explore the capital of Lithuania at your leisure.
Overnight at the hotel in Vilnius Old Town. 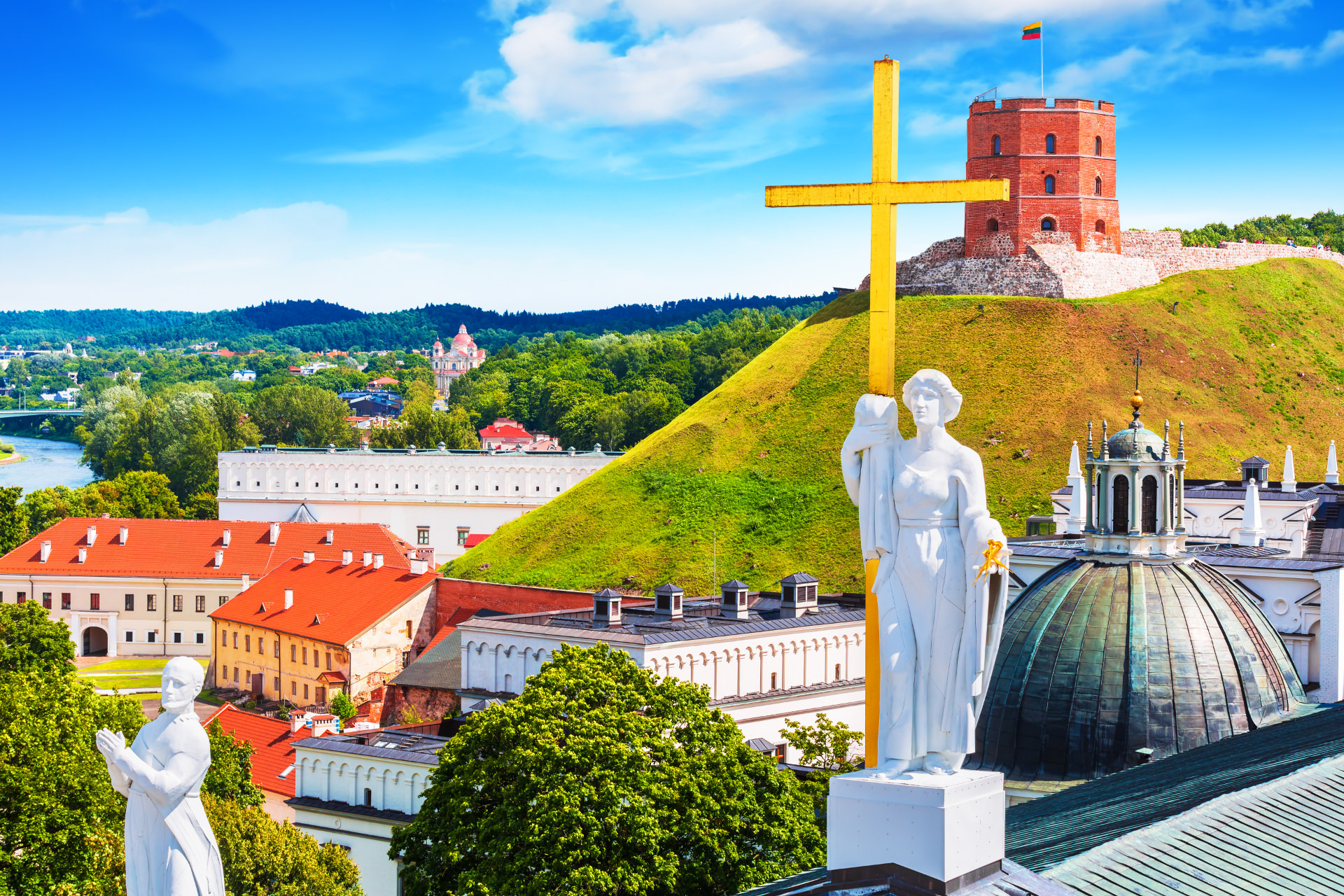 Day 3 Vilnius – Rumsiskes – Kaunas Breakfast at the hotel.
Check out and guided transfer to Kaunas with en-route stop at one of the largest Open Air museums in Europe - Rumsiskes Open Air museum.
In Rumsiskes you will visit the open-air museum, which was opened in 1974 and covers the total area of 175 ha. In the museum is exposition of 140 buildings from the 18th–19th century with the restored original interiors and surroundings. The museum also displays the heritage of Lithuanian rural life in a vast collection of authentic re-erected buildings where the Lithuanian people lived and worked.
Arrival in Kaunas and guided Kaunas sightseeing tour, afterwards hotel check in.
During the sightseeing tour of one of the most significant cities of Lithuania, you will get acquainted with the city history and see the remarkable Kaunas Old Town which is a collection of ancient architectural monuments: the remnants of the 14th century with remains of Kaunas castle, the buildings of the Middle Ages in the Gothic and the Art Deco styles. It is interesting that during the early 20th century Kaunas was the home of the Lithuanian Government and the capital city; a period considered by many as the golden age of the city...
Overnight at the hotel in Kaunas City center.
Day 4 Kaunas – the Hill of Crosses – Palanga – Klaipeda Breakfast at the hotel.
Check out and guided transfer to Klaipeda with en-route stops at the Hill of Crosses and Palanga. Evening arrival in Klaipeda, hotel check in.
At the Hill of Crosses you will see a thousands of crosses, which people from all over the world have put here for a couple centuries. This is an expression of a spontaneous religiousness of the people, and is a symbol of Faith, Love and Sacrifice. From here the Pope blessed all people of Lithuania and all of Christian Europe.
In the resort area town Palanga you will visit the palace of Count Feliksas Tiskevicius (now Amber Museum) which was built in 1897 according to the project of a German architect Franz Schwechten. Next to the Amber Museum is situated one of the prettiest, best preserved, best maintained parks in Lithuania’s coastal region - Palanga Botanical Park. In your free time enjoy a walk on Basanavicus street, where you will find a lot of cafes and different attractions. This is the main street leading to the Pier.
Overnight at the hotel in Klaipeda Old Town. 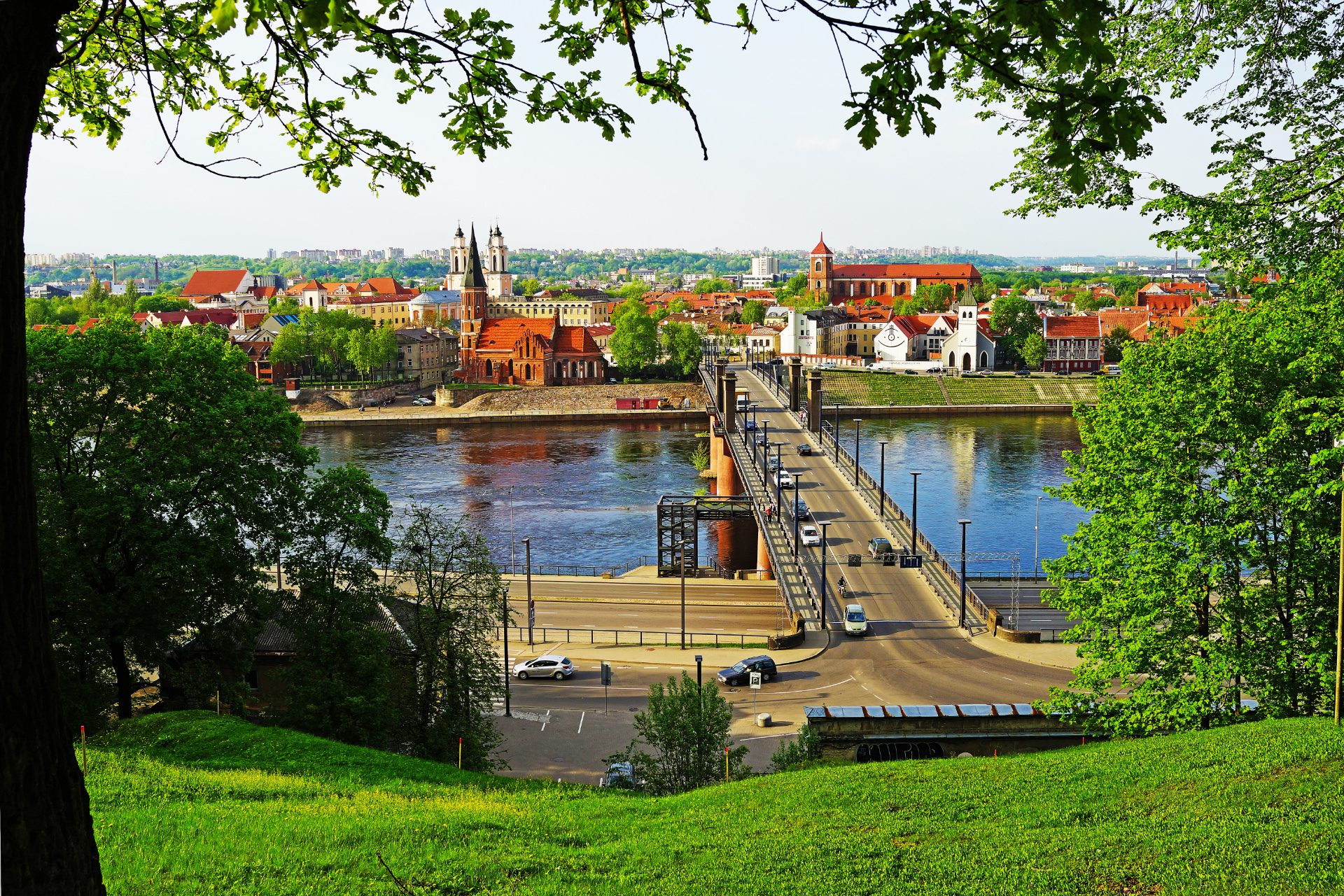 Day 5 The Curonian Spit – UNESCO World Heritage Site Breakfast at the hotel.
Guided morning tour of Klaipeda – gateway to the Curonian Spit.
During the tour you will see the best of Klaipeda’s Old Town with its “Fachwerk” and neogothic buildings.
Short cross by ferry and guided sightseeing tour of the Curonian Spit.
At this beautiful place of the world - the Curonian Spit - you will discover the Great Dune, with its magnificent panoramic view, the old fishermen’s cottages in Nida, the “Hill of Witches”, Nobel laureat Thomas Mann's cultural centre. In free time we highly recommend you to visit the Maritime Museum and Dolphinarium where you may observe live dolphin show. Evening ferry back and return to the hotel.
Overnight at the hotel in Klaipeda Old Town.
Day 6 Departure from Lithuania Breakfast at the hotel.
Check out and transfer to Palanga, Kaunas or Vilnius airport and return back home.