During your visit to Estonia you will discover the historical cities and towns of the Hanseatic League, see the unspoilt nature of the countryside, learn about Estonian traditions and have a SPA relaxation on the largest island of Estonia. 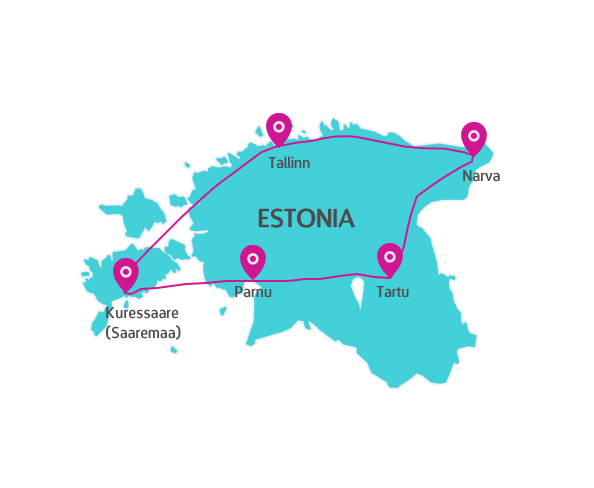 Day 1 Welcome to Tallinn! Arrival in Tallinn, meeting and transfer to the hotel, check in.
Welcome to Estonia - an amazing place of natural beauty and steeped in colorful history.
Overnight at the hotel in Tallinn Old Town.
Day 2 Tallinn Breakfast at the hotel.
Guided Tallinn Old Town and Kadriorg Palace sightseeing tour.
During Tallinn Old Town walking tour you will see the Toompea Castle, the Cathedral of Saint Mary the Virgin (the Dome Church), the Russian Orthodox Alexander Nevsky Cathedral, Town Hall Square, Tallinn Town Hall, the Pharmacy, Niguliste Museum (St. Nicholas Church), St.Olav's Church, House of the Brotherhood of Black Heads, Fat Margaret Tower, Great Guild Hall and walk through St.Catherine's Passage.
Further you will head to the Kadriorg Palace and park, which were founded by the Russian czar Peter I. According to the designs of the architect Niccolo Michetti, invited from Rome, the Palace was built after the Italian villas, consisting of a main building and of two annexes. After visiting the Kadriorg Art Museum you will drive to see the Russalka monument, Tallinn Song Festival Grounds and Pirita.
Overnight at the hotel in Tallinn Old Town. 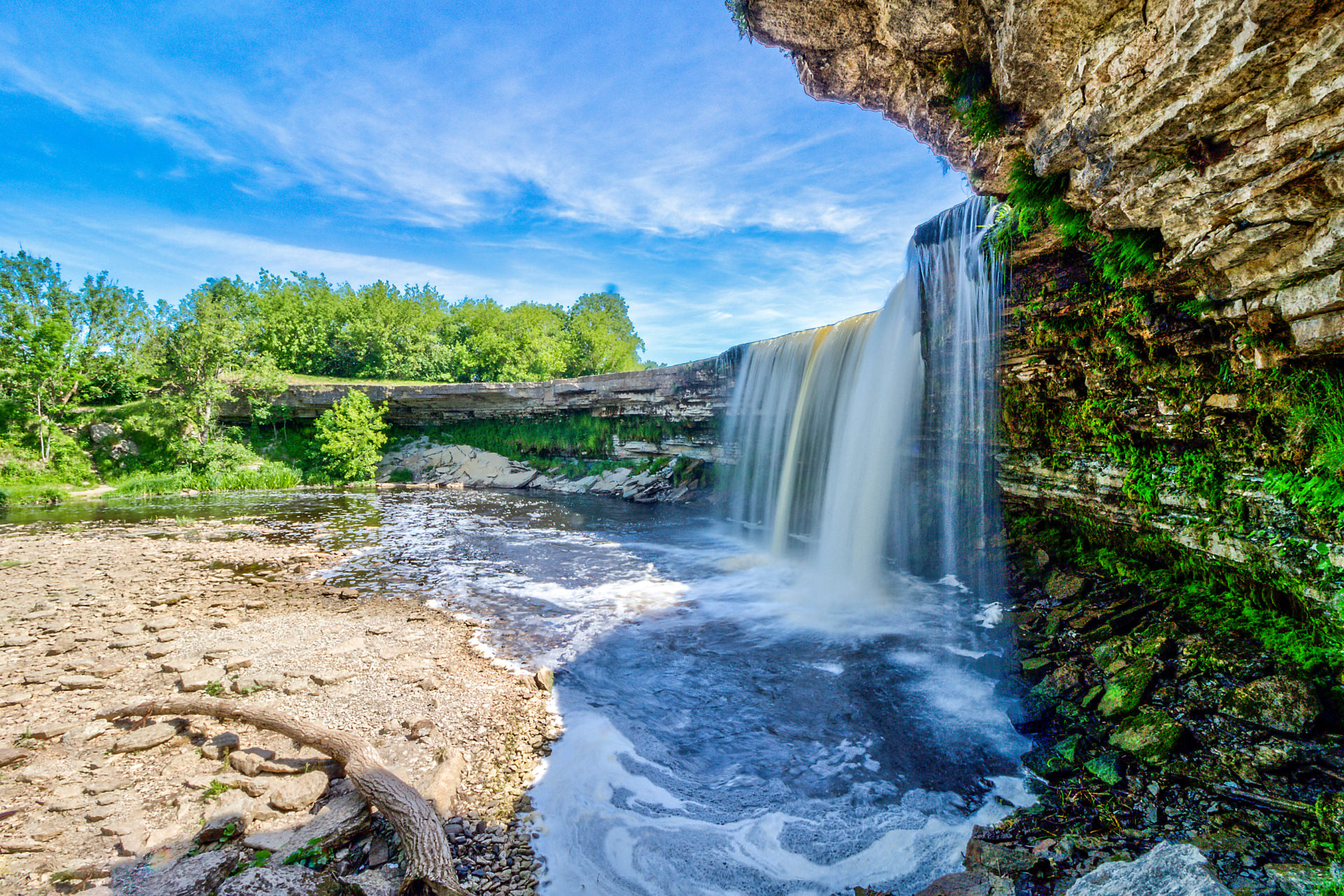 Day 3 Tallinn – Lahemaa National Park and Manors - Narva Breakfast at the hotel.
Check out and guided transfer to Narva with en-route stop at the Lahemaa National Park, which was the first National Park in the Soviet Union. Evening arrival in small cosy SPA town Narva-Joesuu, hotel check in.
Lahemaa National park was established in 1971, covering an area of 47,410 ha of land and 25,090 ha of sea. Here the forest, swamp and coast ecological systems, historical and architectural memories are preserved. You will walk on the Viru Bog nature trail, visit three manors (Sagadi, Palmse, Vihula), Altja fishing village and the captain's village of Kasmu.
Overnight at the hotel in Narva-Joesuu by the sea.
Day 4 Narva - Tartu Breakfast at the hotel.
Morning guided Narva sightseeing tour.
During the sightseeing tour of Narva you will discover that Narva was once called the “Baroque pearl of the Baltic Sea”, but after heavy damage of the Second World War in 1944, had to be almost completely rebuilt. Today the city is dominated by Soviet architecture. The Hermann Fortress, which looks across the Narva River to the Russian castle on the other side, is the best-preserved castle in Estonia.
Check out and guided departure to Tartu, on arrival guided Tartu sightseeing tour.
Today you will get acquainted with Tartu - the capital of Southern Estonia and a modern city with a rich historical heritage and culture. During the Tartu sightseeing tour you will see Tartu Town Hall Square with “Kissing students” fountain surrounded by buildings built in the classical style, main building of University of Tartu found in 1632 by the Swedish king Gustavus Adolphus, a gift from Czar Paul first to the Universtiy - Toome Hill, Gothic St. John's Church, Toomemegi hill with Dome Church's ruins and other most interesting sights of Tartu.
Overnight at the hotel in Tartu city center. 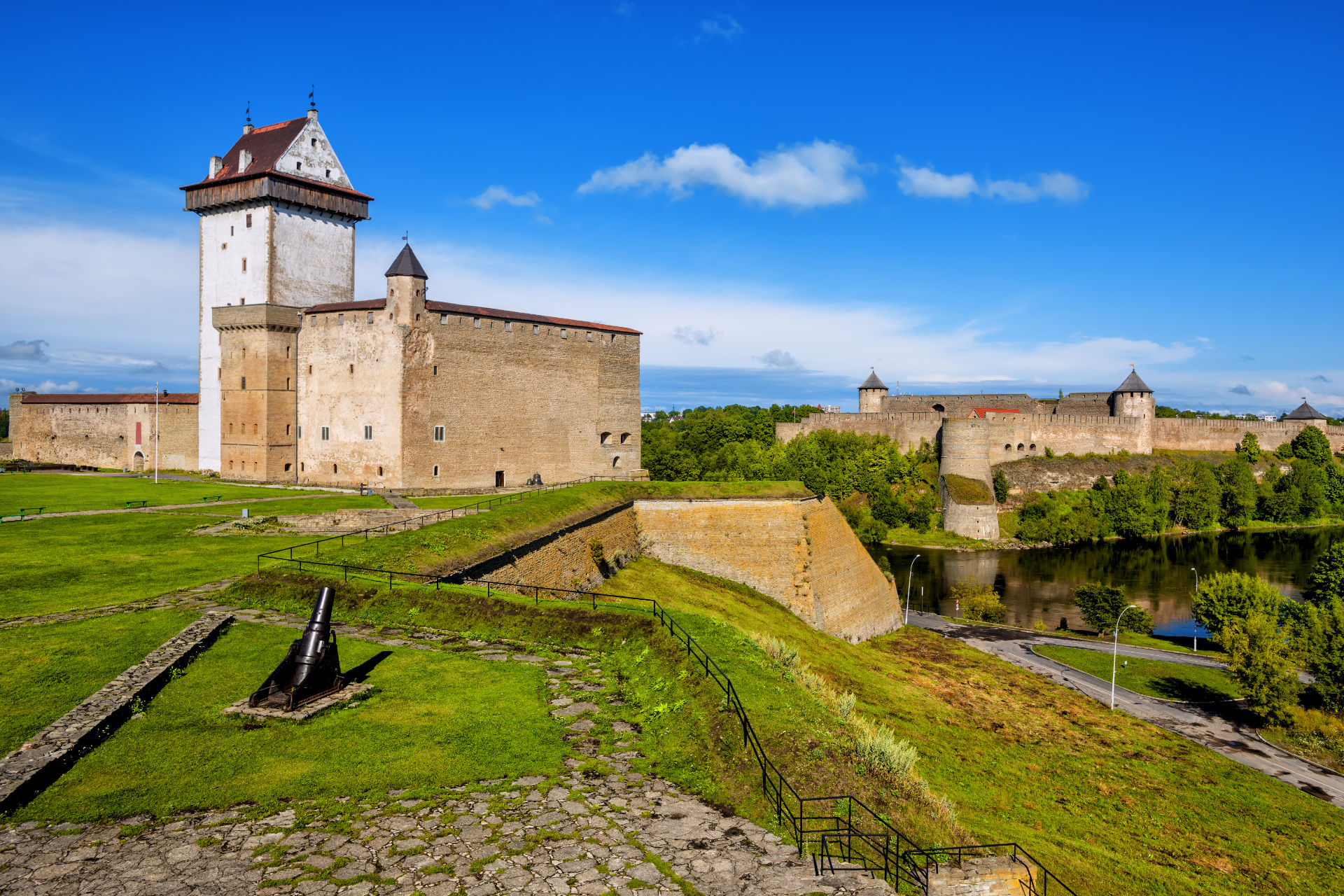 Day 5 Tartu – Viljandi - Parnu Breakfast at the hotel.
Check out and guided departure to Parnu with en-route stop at one of five Estonian Hanseatic towns - Viljandi, which is situated on a hill by a beautiful lake. On arrival to former Hanseatic town Parnu - its guided sightseeing tour.
During Parnu sightseeing tour you will see the most outstanding sacral building of the Baroque period in Estonia – Elizabeth's Church, one of the best examples of early Art Nouveau style in Estonia - Villa Ammende, bronze Statue of musician Raimond Valgre, the only preserved part of the medieval defence wall of Parnu - the Red Tower, the most style pure and ample baroque church in Estonia - St. Catherine's Church. As well you will walk through the monumental Baroque Tallinn Gate and marvel at the beautiful beach district of Parnu.
Overnight at the hotel in Parnu by the sea.
Day 6 Parnu - Saaremaa Breakfast at the hotel.
Check out and guided departure to Saaremaa - the biggest island of Estonia, on arrival guided Saaremaa sightseeing tour.
Saaremaa sightseeing tour includes visits to Kuressaare Old Town and Kuressaare Episcopal Castle, Estonian style Angla windmills, the Kaali meteorite craters, the smallest church of Saaremaa dating to the 14th century - Karja Church and one of the two oldest churched on Saaremaa - Kaarma Church of St. Peter and Paul.
At the evening we recommend you to take a nice opportunity and enjoy relaxing SPA massages at your SPA hotel.
Overnight at the SPA hotel on the Saaremaa island. 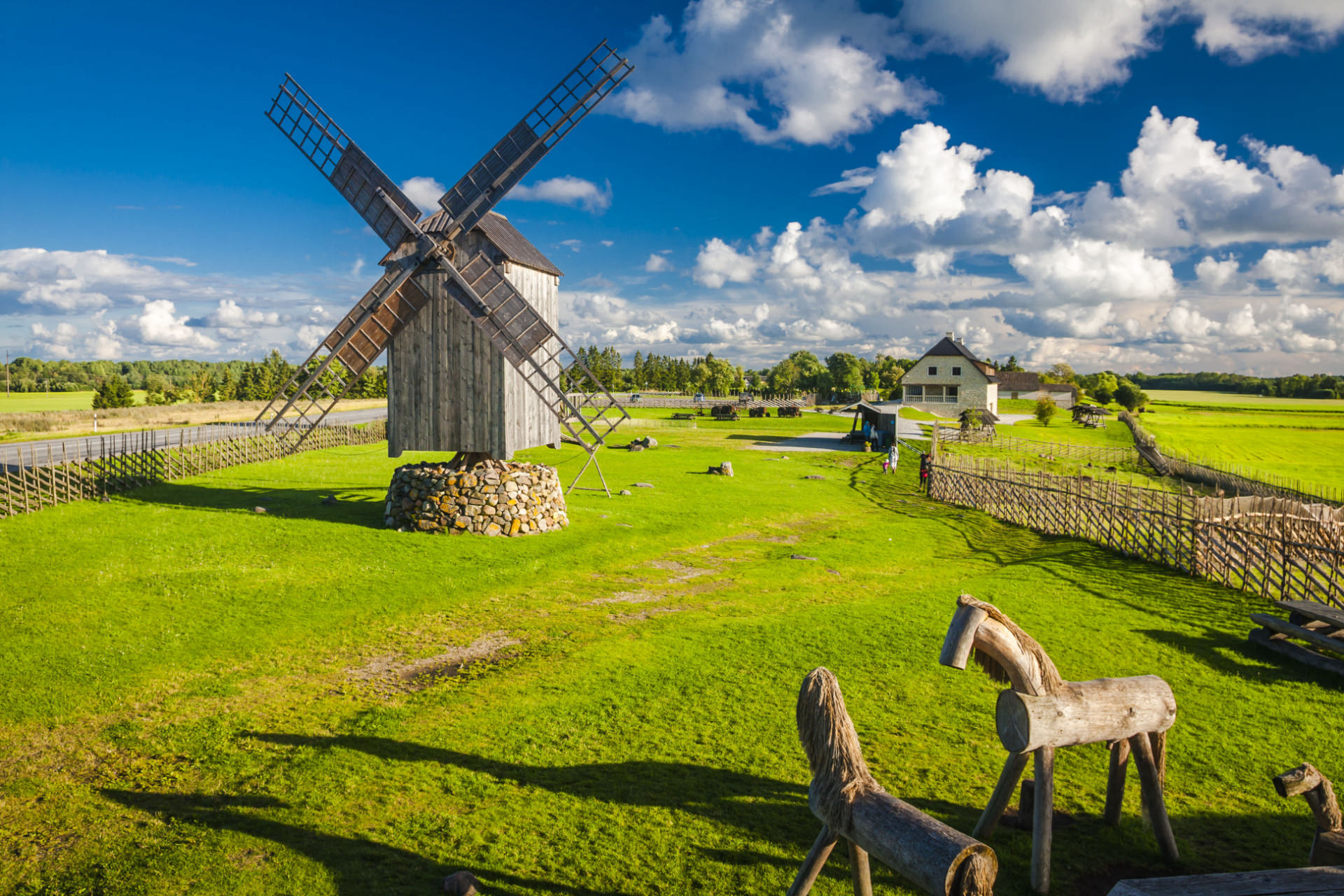 Day 7 Departure from Tallinn Breakfast at the hotel.
Check out and transfer to Tallinn International airport or a great possibility to extend your leisure stay here for some days more.