Travel off the beaten tracks! 2 wonderful scenic and unique countries are awaiting you! These are none other than Poland and Ukraine. Ukraine is host to beautiful towns offering a wide range of amazing cultural landmarks. Filling your eyes with wonder, this tour will lead you to the treasures of the magnificent Kiev. The sun will shine brightly on the golden domes of the impressive Orthodox cathedrals and the huge monasteries built alongside the Dnieper River. Later, the site of Tchernobyl, the major nuclear catastrophe of the 20th century will leave you speechless. Later, you will discover the beautiful streets of Lviv defended by its medieval castles featuring rich collections of artefacts. Then you will discover Krakow, the former capital of Poland holding all of its secret charms just for you. Ultimately, Warsaw, the current Polish capital, resurrected from its ashes after World War Two will reveal you the true and unique tenacious character of Polish people. Put Ukraine and Poland on your travel map and do not hesitate to join us off the beaten tracks! 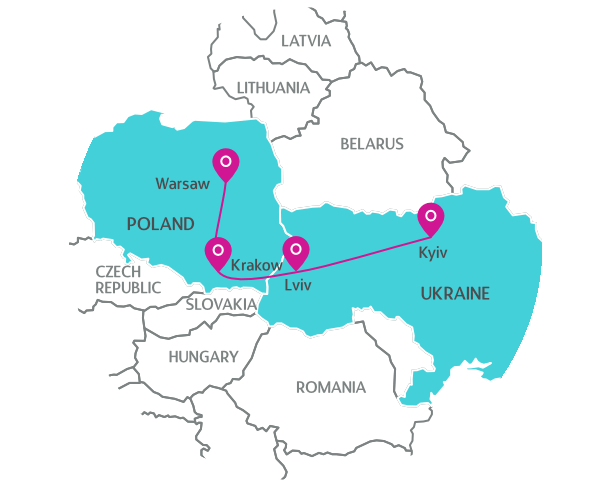 Day 1 Wednesday: Arrival in Kiev Arrival in Kiev, optional transfer to Hotel Park Inn Kyiv**** or similar, check-in, welcome meeting.
Day 2 Thursday: Kiev Founded in the late 9th century Kyiv is one of the oldest cities of Europe and the cradle of Slavic civilization and Orthodox Christianity. The morning sightseeing tour introduces us to the historic city and all its treasures including St. Vladimir’s Cathedral, Golden Gates, St. Sophia Cathedral, St. Michael’s Golden-Domed Monastery, which we reach by cable car, Independence Square, Opera House and St. Andrew’s Cathedral. The afternoon is reserved for an optional excursion to the world famous Cave Monastery featuring amazing architectural monuments, ranging from bell towers to cathedrals to underground cave systems and strong stone fortification walls. In the evening enjoy an optional dinner with folklore music at Restaurant Opanas. 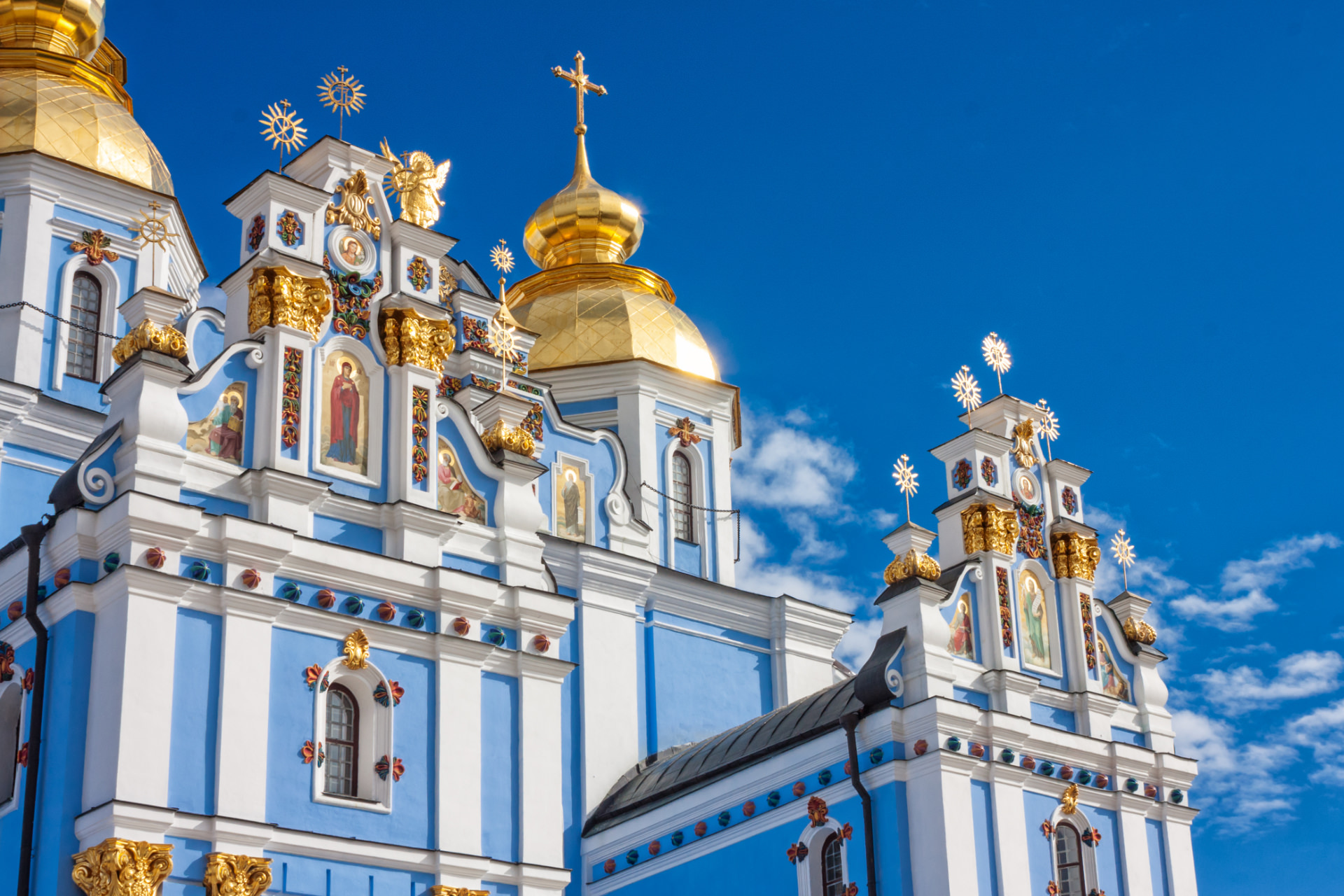 Day 3 Friday: Kiev The morning offers an optional excursion to the large Pirogovo Ethnographic Open Air Museum, where farmsteads, wooden churches, windmills and village architecture from all regions of the large country will bring us back to the atmosphere of 18th and 19th century rural Ukraine. In the afternoon is offered an optional visit to St. Sophia’s Cathedral and the National History Museum. The St. Sophia Cathedral - built in 11th century – is an UNESCO heritage monastery complex with unique ancient frescoes. The visit includes also Bell Tower, Monks Refectory and Metropolite House. We proceed to the National Historical Museum with over 800 thousand unique exhibits related to the history and culture of Ukraine.
Day 4 Saturday: Kiev - Lviv The early morning is reserved for an optional visit to the unique Chernobyl Museum dedicated to the 1986 Chernobyl disaster, which also signalled the beginning of the end of Soviet Ukraine. In the afternoon we go to the railway station to board the modern high-speed train bound for Lviv. Upon arrival in the evening to Lviv, transfer to Hotel Dnister**** or similar, check in. 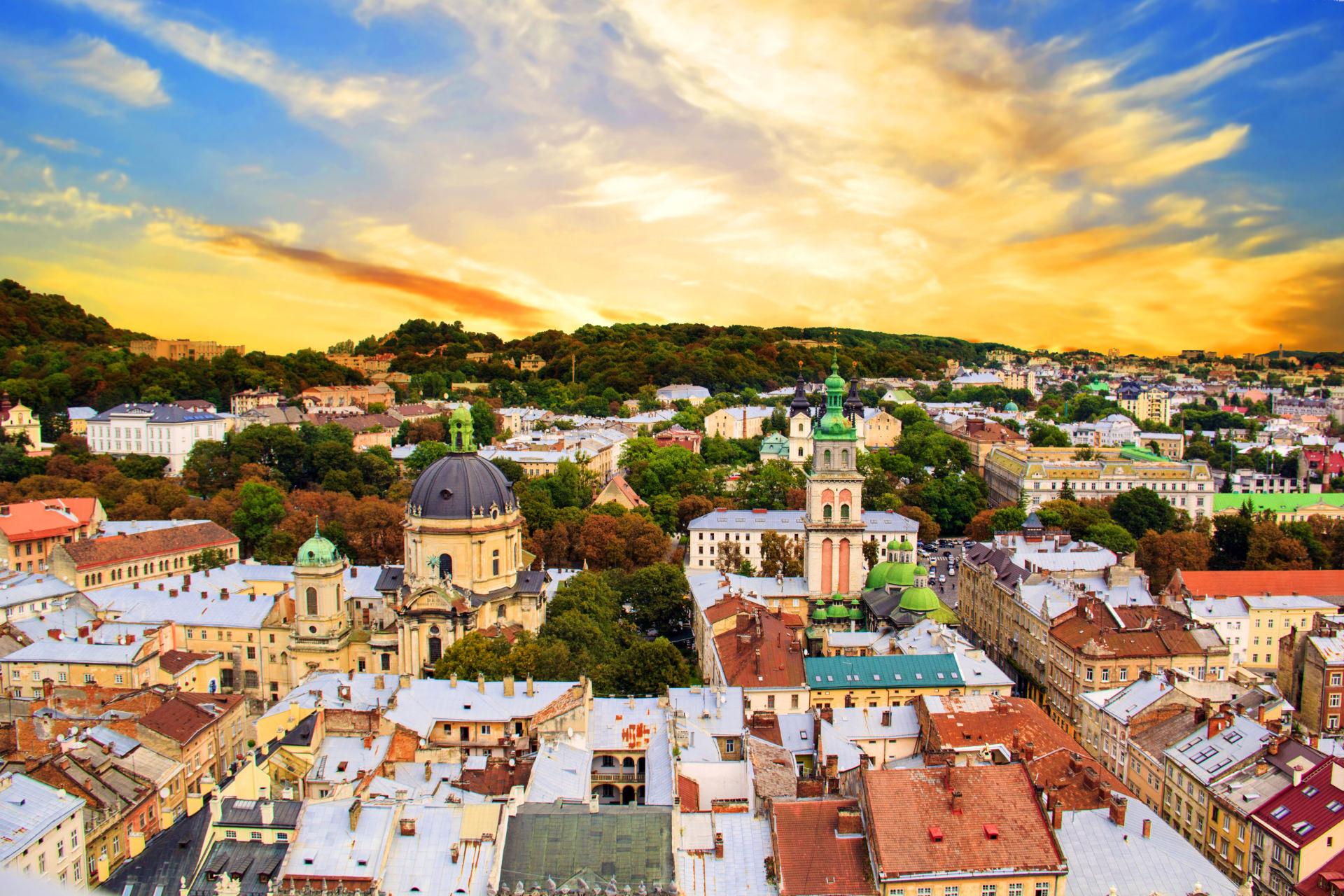 Day 5 Sunday: Lviv Lviv is known as the centre of West-Ukraine, which was never incorporated into imperial Russia but was a part the Habsburg Empire. Even Lviv has had an enthralling and violent history it still has a unique old-world charm. The morning sightseeing tour takes us to Lviv Old Town - a complex of stone buildings from the 14th-16th century – and includes the Market Square with Town Hall, Black Stone Building, Opera Square, Kornyakt Palace, Medieval Pharmacy-Museum, Armenian Cathedral, Dominical and Bernardine cathedrals and the beautifulBoimChapel. IntheafternoonisofferedanoptionalLvivBeer Tour. We will have an opportunity to learn how craft beer is brewed and to taste it, and during the tour we will travel from an old monastery of the 17th century to a modern beer brewery.
Day 6 Monday: Lviv The full day optional tour today takes us to castles around Lviv: Olesko Castle dating back to 13th century and the residence of Polish Kings, like Jan Sobieski. The castle features a magnificent collection of old furniture and paintings, a nice park and a museum with beautiful pieces of jewellery, and Zolochiv Palace - the jewel of defensive architecture, built in 17th century. Over centuries the palace served as fortress and royal residence. In the courtyard we find Grand Palace and Chinese Palace. In the evening enjoy an optional Carpathian farewell dinner at Restaurant Trout, Bread and Wine with its highlight dish- Carpathian trout. 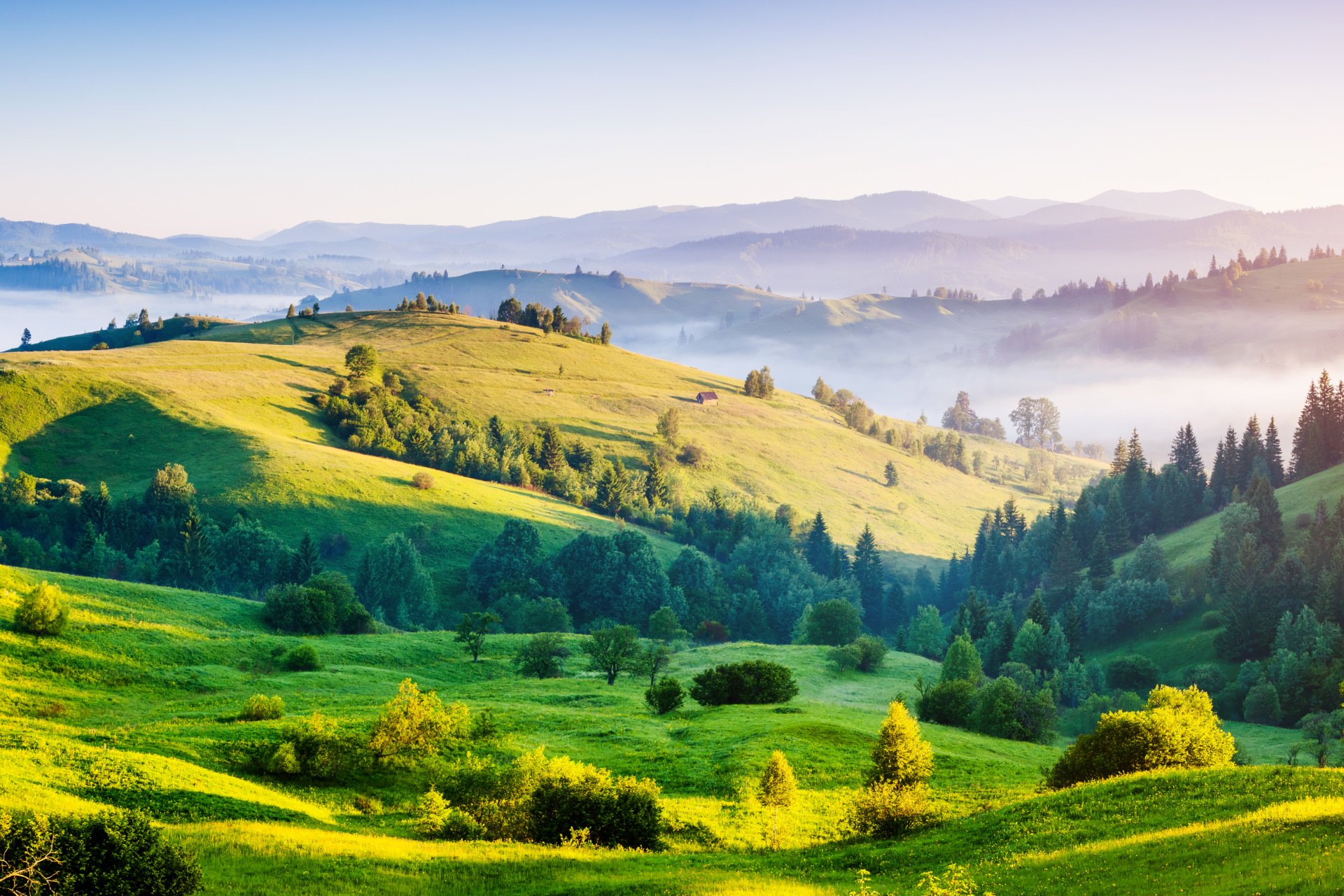 Day 7 Tuesday: Lviv - Krakow In the morning we are taken to Lviv Railway Station. Here we depart with the modern intercity train bound for the Polish city Przemysl to catch our connection further on to Krakow. The scenic train ride takes us through the mountainous and forested Polish Sub-Carpathian province before we reach Krakow in early afternoon. Upon arrival we are transferred to Hotel Novotel Centrum Krakow**** or similar, check in.
Day 8 Wednesday: Krakow For half a millennium Krakow was the royal capital of Poland and for centuries the city walls have guarded its traditions and secrets. The morning sightseeing tour takes us to the Old Town with the St. Mary’s Church, the Jagiellonian University, the Cloth Halls and Wawel with the Wawel Castle and the Wawel Cathedral. The afternoon offers an optional excursion to the famous Wieliczka Salt Mine, an amazing labyrinth of tunnels going down as far as 327 meters. The evening offers an optional Polish dinner at Restaurant Hawelka. 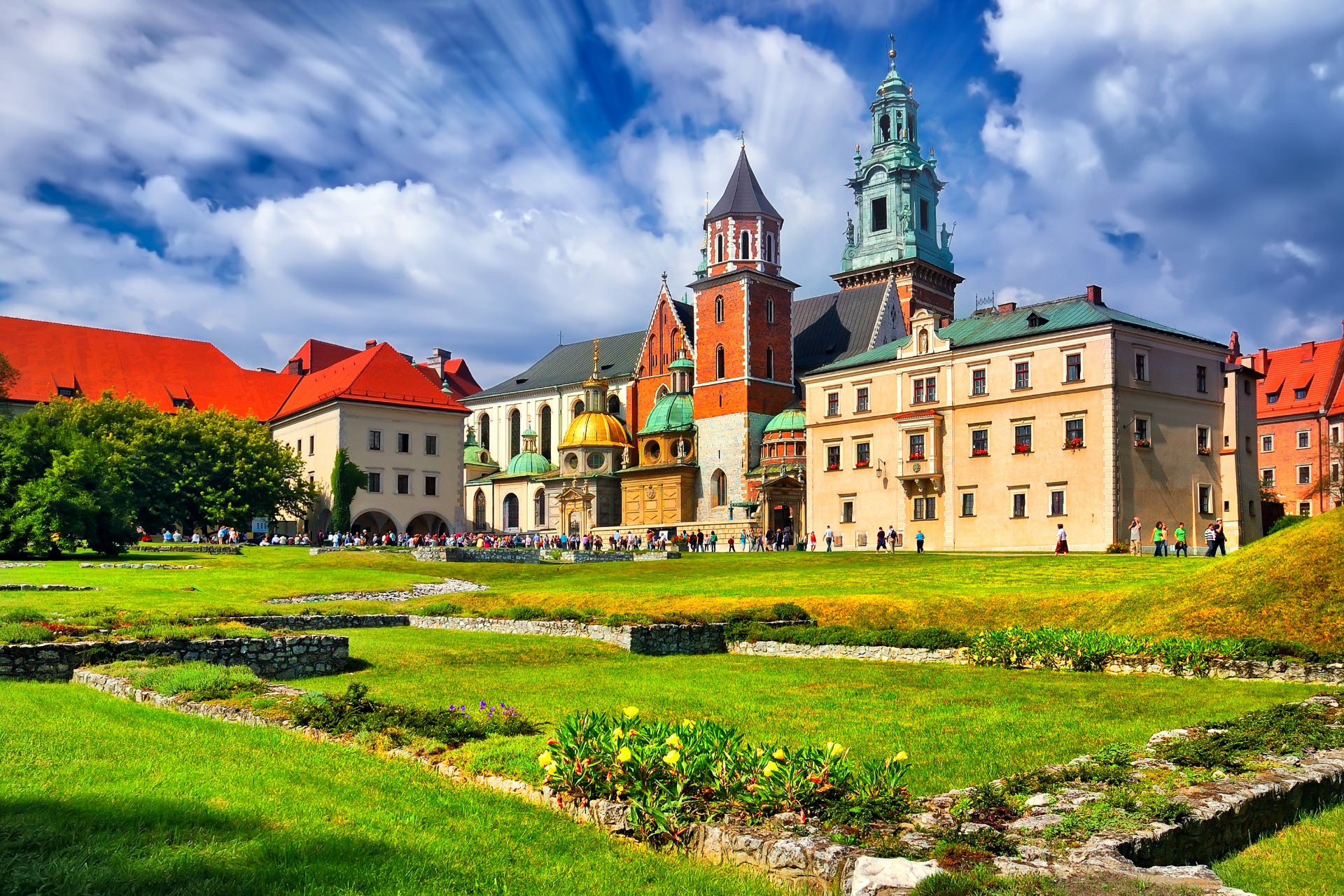 Day 9 Thursday: Krakow - Warsaw We leave for Czestochowa, the spiritual heart of Poland, where we visit the Jasna Gora Monastery with the Black Madonna. Through the flat low-laying plain of Central Poland we reach Warsaw in the early afternoon. Check-in at Hotel Mercure Centrum Warsaw**** or similar.
Day 10 Friday: Warsaw Warsaw is essentially a post-war city with a meticulously reconstructed Old Town. The morning sightseeing tour includes the Royal Route and the Old Town with the Royal Castle, St John’s Cathedral, the Old Town Market Square and the Barbican. In the afternoon is offered an optional excursion to the Royal Lazienki Park with the Palace on the Water. The evening offers an optional Polish dinner at Restaurant Dawne Smaki. 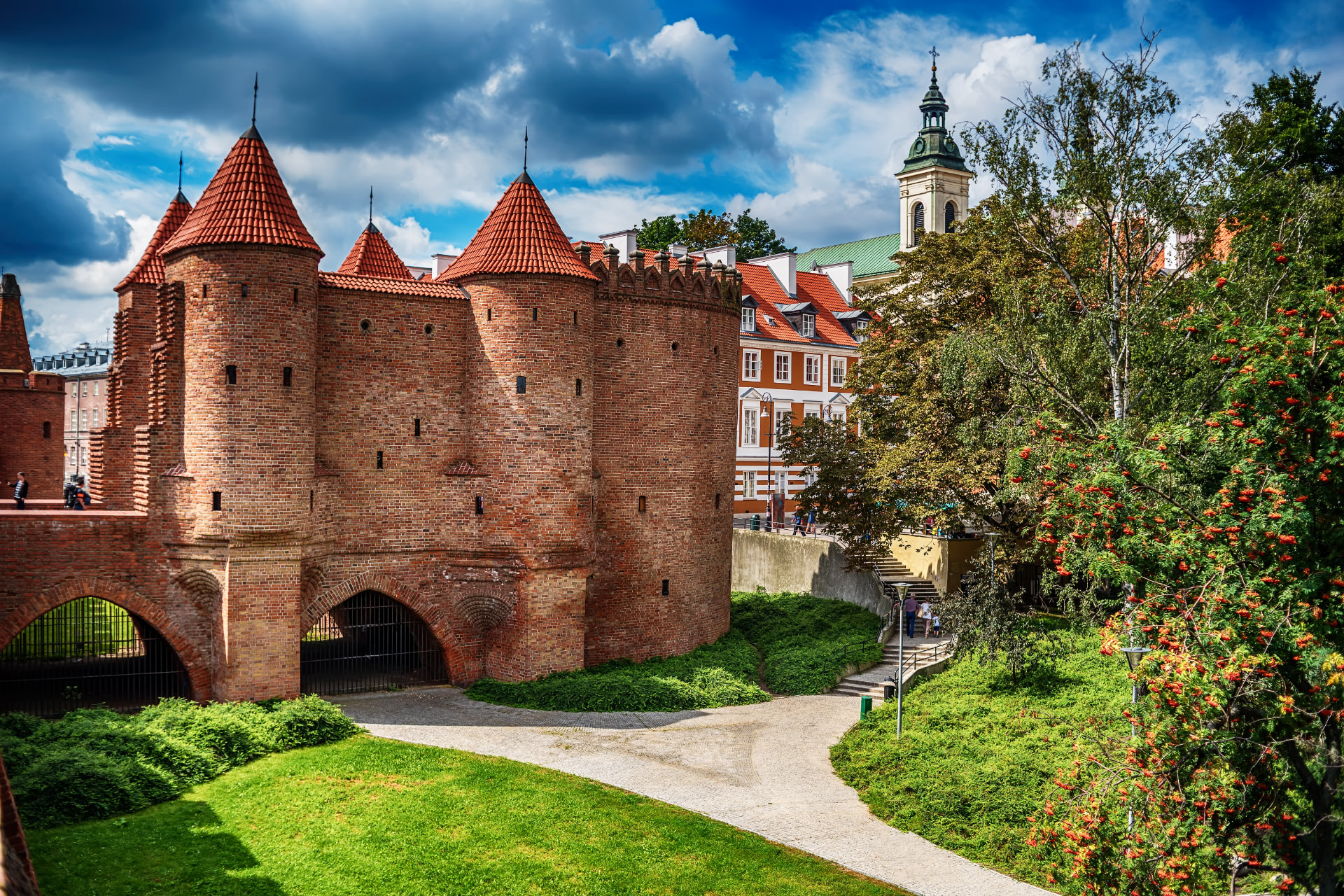