A Golden opportunity awaits you. Explore Russian capitals and the famous Golden Ring! Who else would better describe St-Petersburg than Pushkin, the greatest poet of Russia through his poetic words: "My name will travel over the whole of Russia great.
And there pronounce my name shall every living tongue”. The soul and the poetry of Pushkin would remain flying for ever over the steeples of this magnificent artistic city described also as the Palmyra of the North. For three centuries, all eyes were set on the proud, glamourous feverish St-Petersburg facing bravely its turbulent destiny. Would Peter the Great succeed to built his city triumphing over the Swedish empire, marshy lands and the Baltic sea itself? Which lover would ultimately conquer and keep the heart of Catherine the Great in Tsarskoye Selo Palace? Would Pushkin win his duel to keep Natalia’s heart? Would Rasputin’s steel glance dominate St-Petersburg high society and keep the tsar Nicolas II under his spell? Would Lenin win his revolution there and bring down the tsars? Would St-Petersburg resist the cruel Nazi blockade of the Second World War? Would St-Petersburg become again the capital of Russia beating Moscow? Love, intrigues, passions and tragedies dominated the life of the city since its birth. Who would ultimately conquer St-Petersburg, the city which conquers hearts? Find out by yourself and let your heart dive into the beauty of the city. Let’s not forget Moscow, the vibrant Metropolis of Russia. Moscow never sleeps as you will see. Paradoxically, Moscow, the very heart of Russia will impress you being paradoxically the former hotbed of communism and the spiritual heart of Russia. Then, last but not least the Golden Ring of ancient Russian towns. Do not forget to light your candle inside the gorgeous cathedrals and majestuous monasteries of the old Russia! 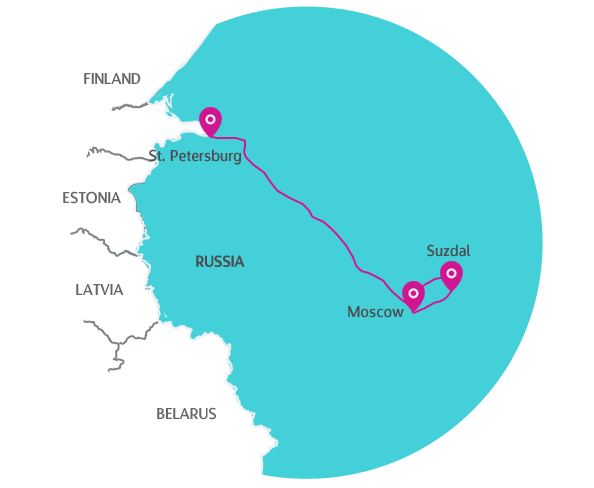 Day 1 Arrival in St. Petersburg Arrival in St. Petersburg, transfer to Hotel Sokos Vasilievsky**** or similar, check-in.
Day 2 St. Petersburg St. Petersburg is an amazing city. Its imperial palaces and museums enjoy worldwide fame, while the Neva River and the many canals have deservedly given the city the title of Venice of the North. During the morning sightseeing tour we get acquainted with all the splendours of the city: the Peter-Paul Fortress, the Winter Palace, St. Isaac’s Cathedral, the Church of the Bleeding Savior, the Nevsky Convent and much more. The afternoon offers an excursion to Zarskoye Selo with the impressive Catherine’s Palace and the Amber Room, which vanished during World War II and was restored for St. Petersburg’s tri-centennial celebrations. In the evening enjoy a visit to the Nikolaevsky Palace with an exciting Russian folklore show and Russian „champagne” and snacks. 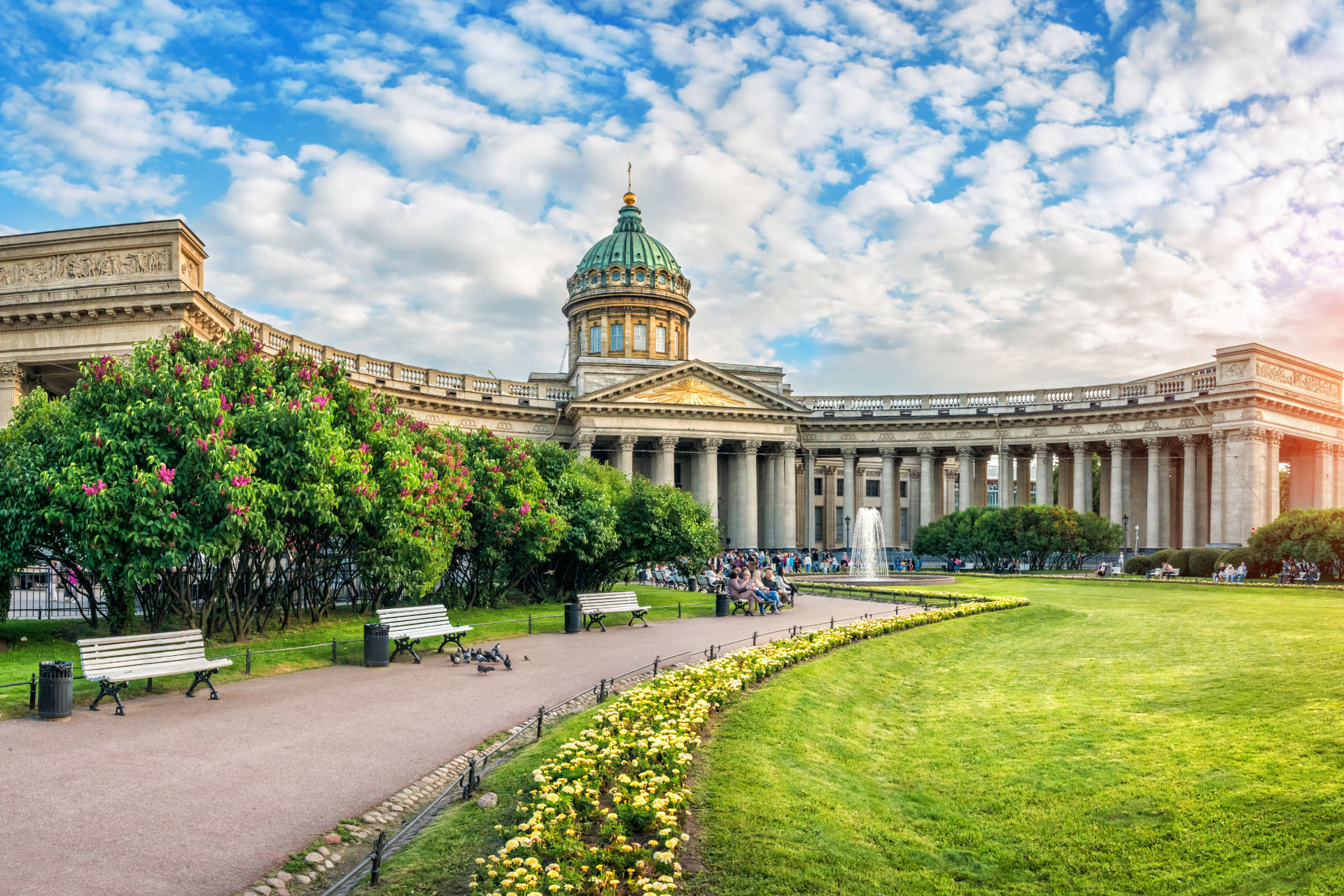 Day 3 St. Petersburg The morning is reserved for a visit to Peterhof, an uncontested masterpiece of the time of Peter the Great, with the impressive Grand Palace, Grand Cascade and Water Avenue and its wonderful parks. In the afternoon, a visit to the world-famous Hermitage Art Museum is offered. In the evening enjoy Russian dinner at Restaurant Pryanosti & Radosti.
Day 4 St. Petersburg The early morning is reserved for St. Petersburg channel cruise. Around noon we go to the Moscow Railway Station and board the Sapsan high-speed train bound for Moscow. The train ride takes us through endless Russian landscapes along the River Volga. In the late afternoon we arrive to Moscow and check in at Hotel Azimut Smolenskaya**** or similar. 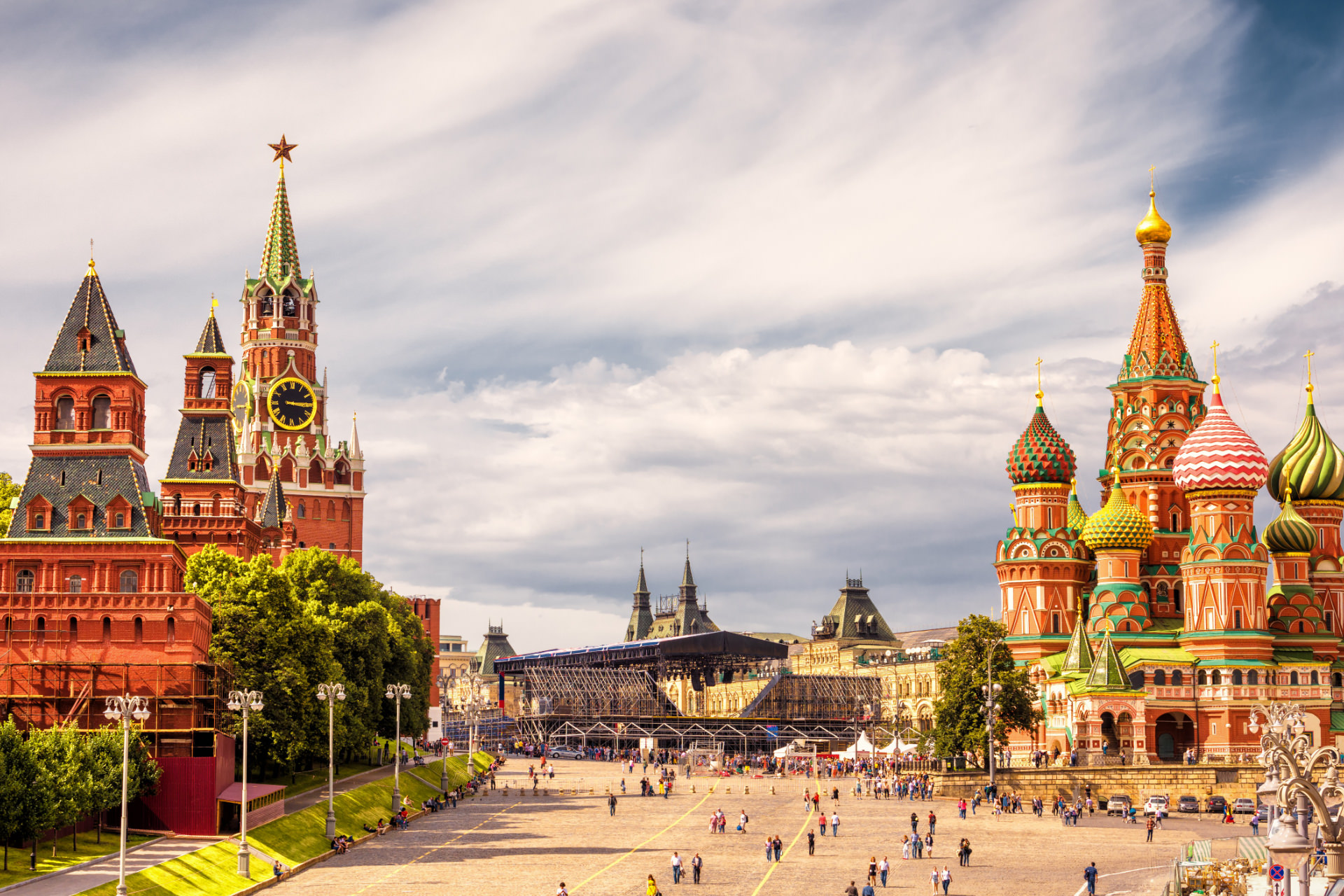 Day 5 Moscow Moscow, The Mother of Russia, is a genuine Russian city with the Kremlin and its onion domed cathedrals. The dramatic changes over the last decade have made the city to one of the most dynamic metropolis in the world. The morning sightseeing tour includes the highlights of the vast city: the Red Square with St. Basil’s Cathedral, the Theatre Square with Bolshoi Theatre and Sparrow Hills with Moscow University and we visit the Kremlin grounds and one of the cathedrals. In the afternoon is offered a visit to the Moscow Metro including the historical stations on the Ring-Line and a guided stroll along the famous pedestrian Arbat Street. The evening offers Moscow-by-night tour including an unforgettable river cruise with the White Flotilla.
Day 6 Moscow The day offers full day excursion to the quaint town of Sergiev Posad, where we visit the Trinity Lavra of St. Sergius, the most important Russian monastery and the spiritual heart of the Russian Orthodox Church. The whole Lavra has been beautifully restored for the 700-years celebrations of the birth of St. Sergius of Radonezh. 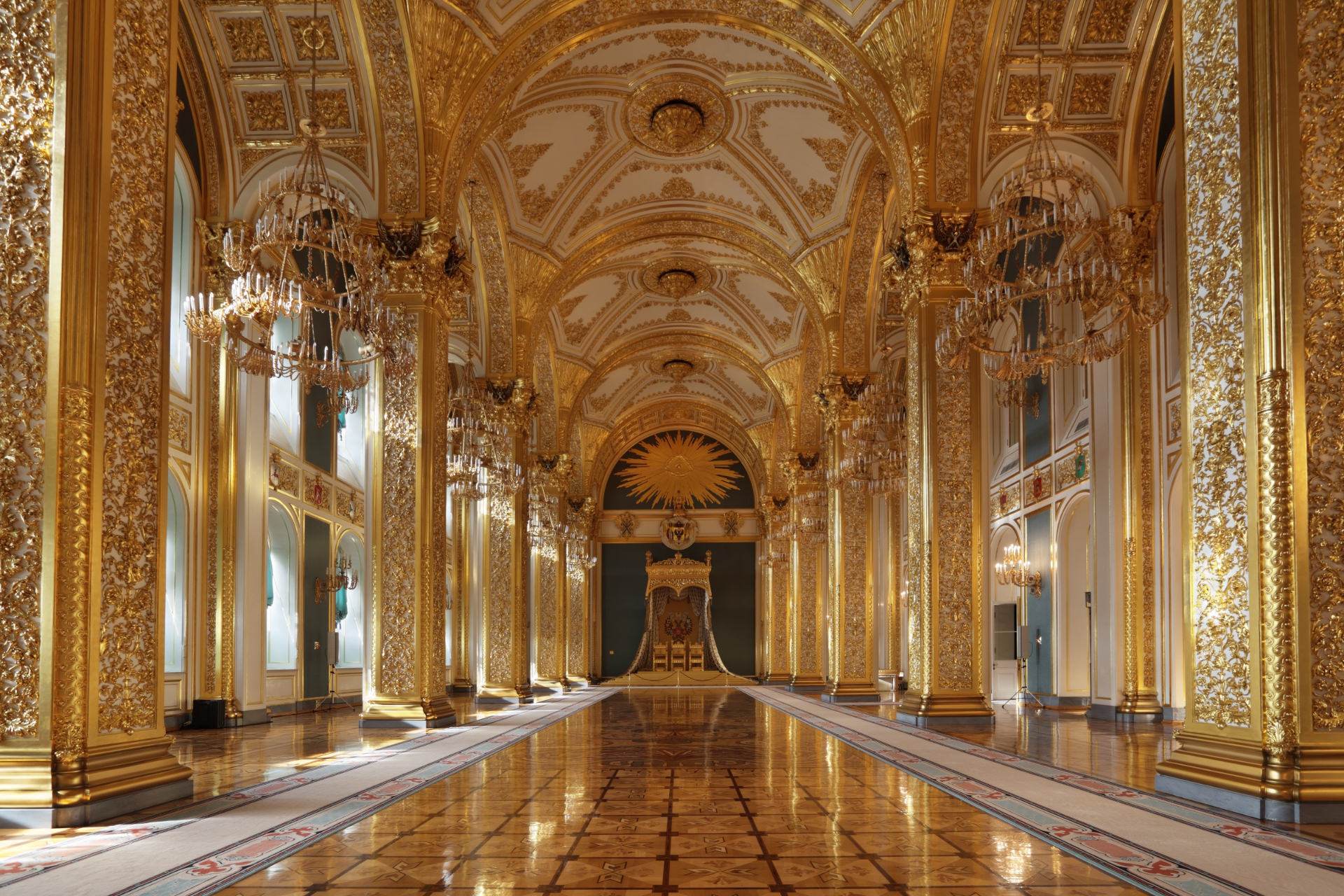 Day 7 Moscow - Vladimir - Suzdal Today we start our journey on the Golden Ring of ancient Russian towns. We first drive through scenic Russian landscapes to Vladimir, one of the ancient capitals of Russia. During the city sightseeing tour we visit the Assumption Cathedral and see the St. Demetrius Cathedral, both world heritage sites and the Golden Gate. In the late afternoon we continue to Suzdal and check-in at the Hotel Nikolaevsky Posad**** or similar.
Day 8 Suzdal Dating back almost thousand years, Suzdal is a small fairy-tale town with an unsurpassed collection of ancient Russian architecture. During the whole day tour we discover all the treasures of Suzdal including the Kremlin, the Nativity Cathedral, the Museum of Wooden Architecture, St. Ethymius Monastery and the Transfiguration Cathedral. 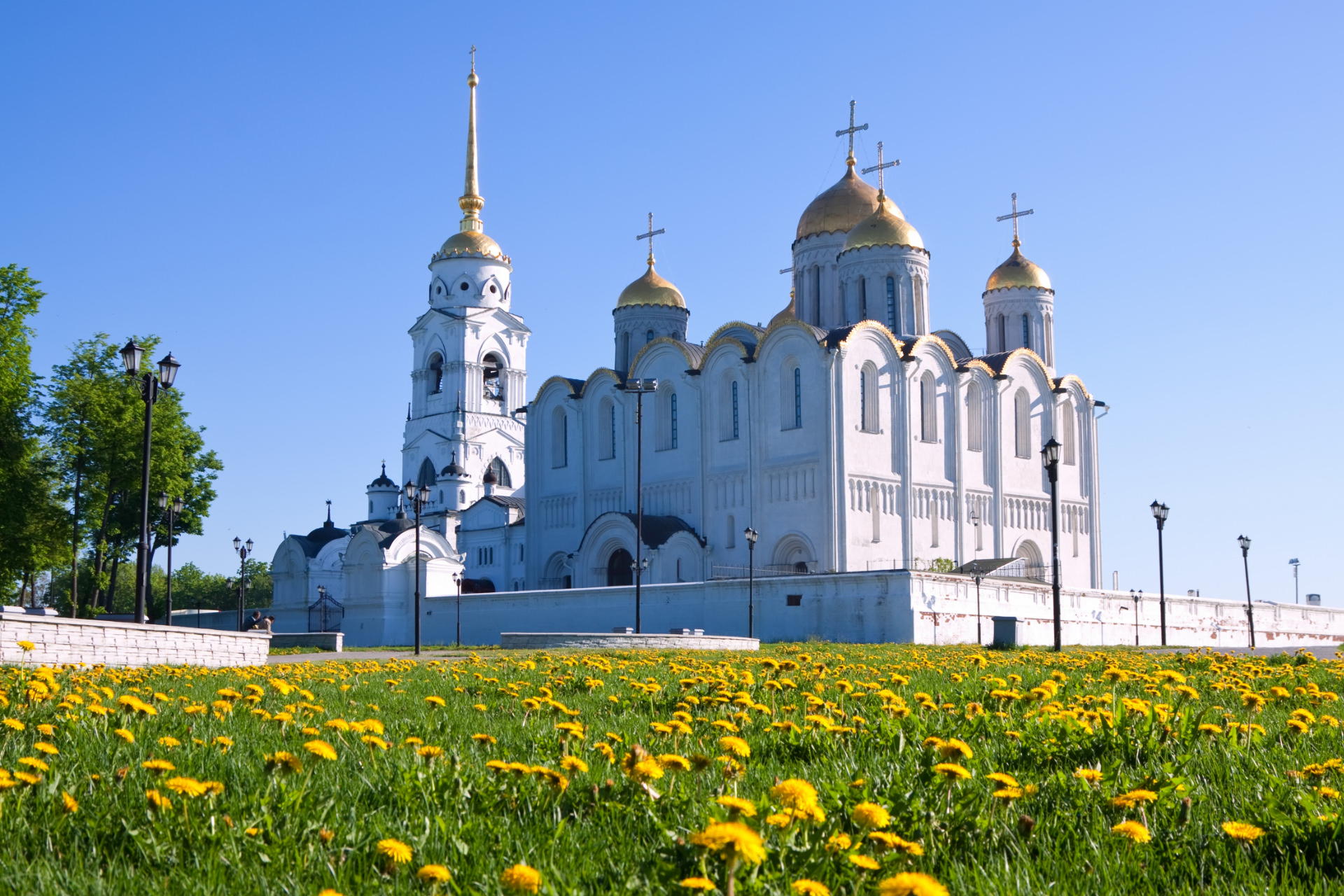 Day 9 Suzdal - Bogolybovo - Moscow This morning we drive to the nearby village of Bogolyubovo to admire the glare white light single-domed Church of the Intercession on the Nerl. The church is built on a small hill, on a river meadow, in all its clarity and beauty it stands like a candle, growing out over the expanse of the meadow. We drive back to Moscow and in the afternoon we check-in at Hotel Azimut Smolenskaya**** or similar.
Day 10 Moscow departure Transfer to the airport.