Come and join a challenging 400 km journey capturing the charming beauty of Moscow and St-Petersburg. Covered with snow, Russia reflects the deepest secrets of the Russian soul. St-Petersburg, Russian gateway to the West will open its golden city gates. In a special romantic atmosphere, you will wander in the middle of the imperial palaces torn by the wild passions of the tsars. On New Year’s Eve, a wonderful gala will be offered while waiting for the clock striking midnight! Fireworks will proceed illuminating the fabulous “Venice of the North”. Later, you will discover Moscow, the giant capital of Russia. The size of the spider web-like city now home to over 12 million people will leave you speechless. In the heart of Red Square facing the Kremlin, you will grasp the power of mother Russia. Moreover, the Bolshoi Theatre, the Moscow University, the Metro and many other sites will ultimately convert you into a true Moscovite. Ride through the snow with us and join this amazing winter journey! 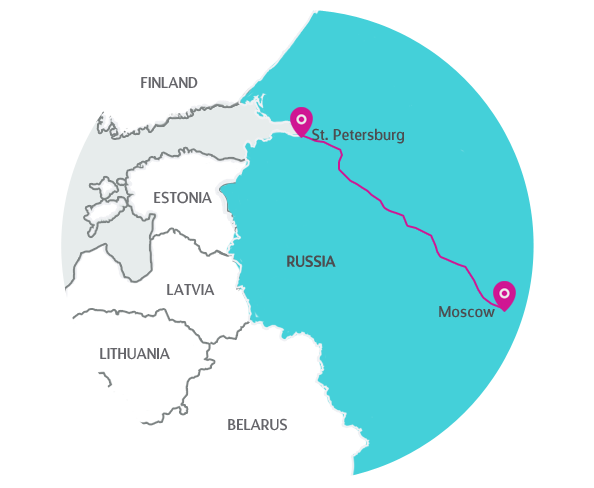 Day 1 Arrival St. Petersburg Arrival in St. Petersburg, transfer to Hotel Ambassador**** check-in, dinner at the hotel.
Day 2 St. Petersburg St. Petersburg is an amazing city. Its imperial palaces and museums enjoy worldwide fame, while the Neva River and the many canals have deservedly given the city the title “The Venice of the North”. When the city is covered in snow it has a special romantic atmosphere. During the morning sightseeing tour we get acquainted with all the splendors of the city: the Winter Palace, St. Isaac’s Cathedral, the Church of the Bleeding Savior, the Nevsky Convent and much more. The afternoon offers a visit to Zarskoye Selo with the impressive Catherine’s Palace and the Amber Room, which vanished during World War II and was restored for St. Petersburg’s tri-centennial celebrations, after we continue to Pavlovsk and experience real Russian winter adventure in a troika ride. 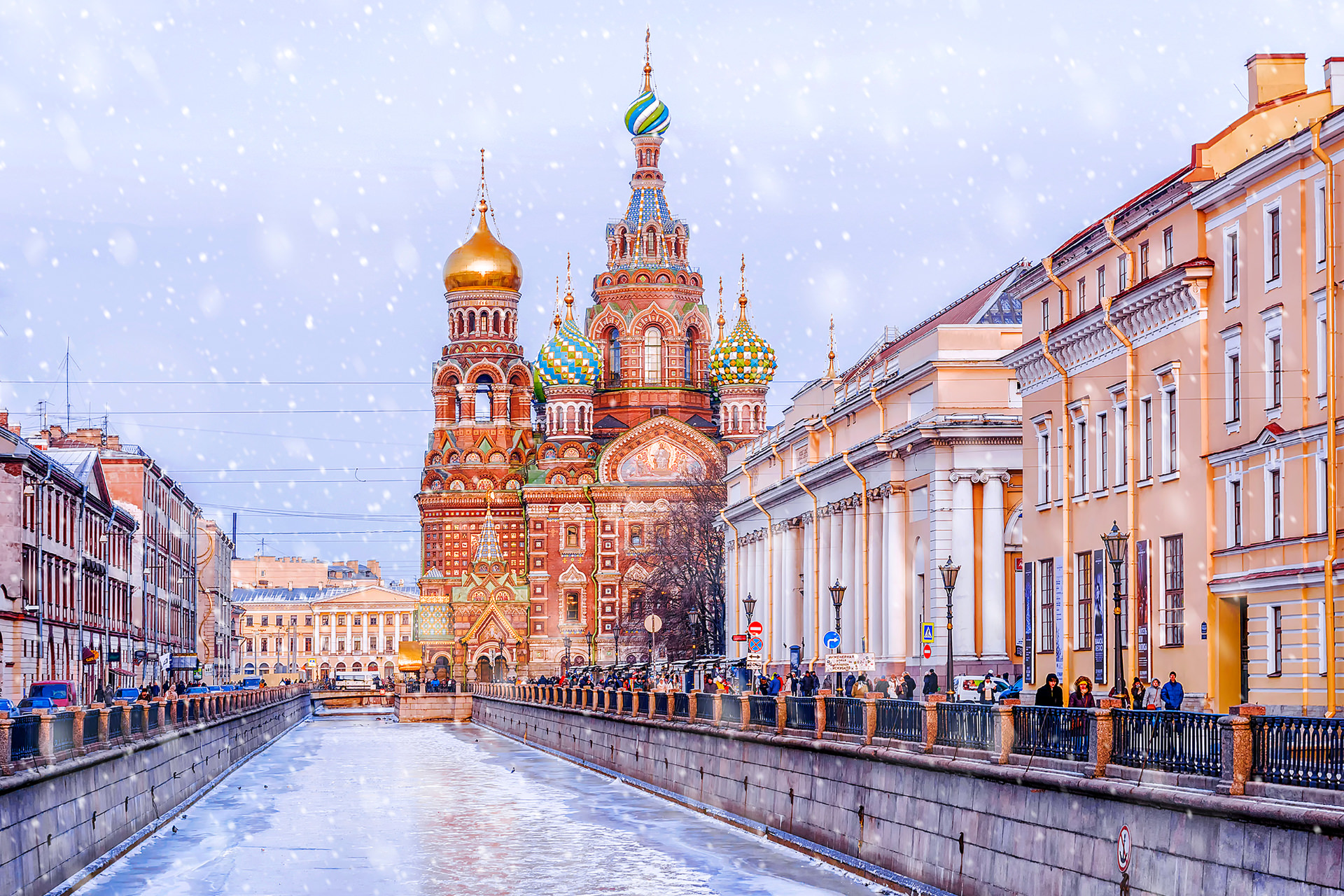 Day 3 St. Petersburg The morning is offered a visit to the world-famous Hermitage Art Museum. In the evening we enjoy a fabulous Russian New Year Gala at the hotel.
Day 4 St. Petersburg The tour this morning offers a visit to a holy mass in the Orthodox Kazan Cathedral, dedicated to Our Lady of Kazan, one of the most venerated icons in Russia, and a visit to the Yusupov Palace, once a residence of one of the wealthiest and most influential families in Russia. The Palace on the Moika River was built in the middle of the 18th century and impresses with magnificence of decoration and style as well as its historical past. In the evening enjoy a farewell dinner at Restaurant Demidov. 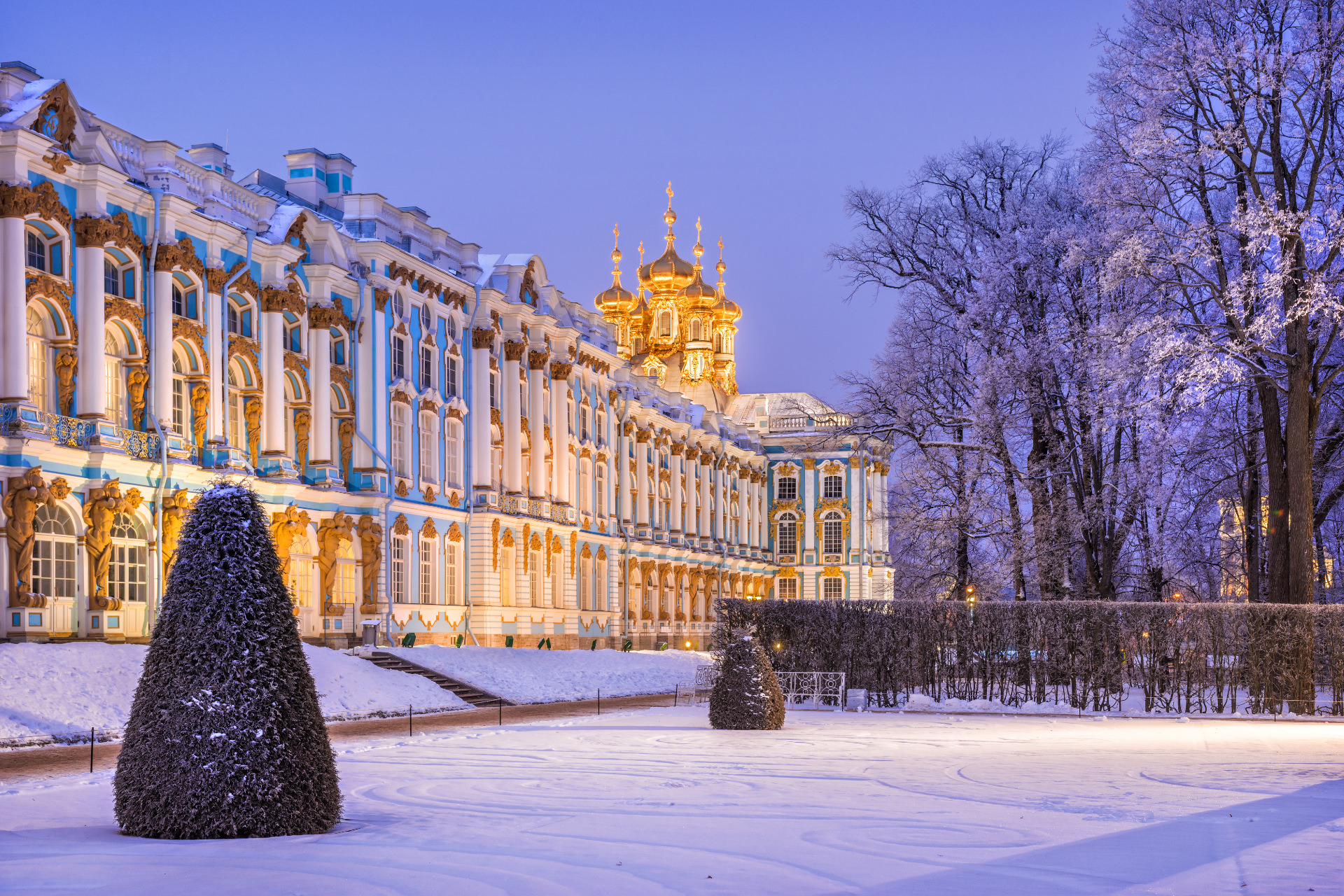 Day 5 St. Petersburg - Moscow Morning at leisure, around noon we go to the Moscow railway station and board the Sapsan high-speed train bound for Moscow. The train ride takes us through endless snow-cladded Russian landscapes along the River Volga. In the evening we arrive to Moscow and check in at Hotel Mercure Arbat Moscow**** or similar.
Day 6 Moscow Moscow, the Mother of Russia, is a genuine Russian city with the Kremlin and its onion domed cathedrals. The dramatic changes over the last decade have made the city to one of the most dynamic metropolis in the world. The morning sightseeing tour includes all the highlights of the vast city: the Red Square with Kremlin, the Theatre Square with Bolshoi Theatre, Sparrow Hills with Moscow University and a visit to the famous Moscow Metro including the historical stations on the Ring-Line. In the afternoon is offered an excursion to the Kremlin grounds, where we see Ivan the Great Bell Tower and visit one of the cathedrals. The evening offers an ice-breaker cruise on the Moscow River to admire the illuminated center of Moscow by night. 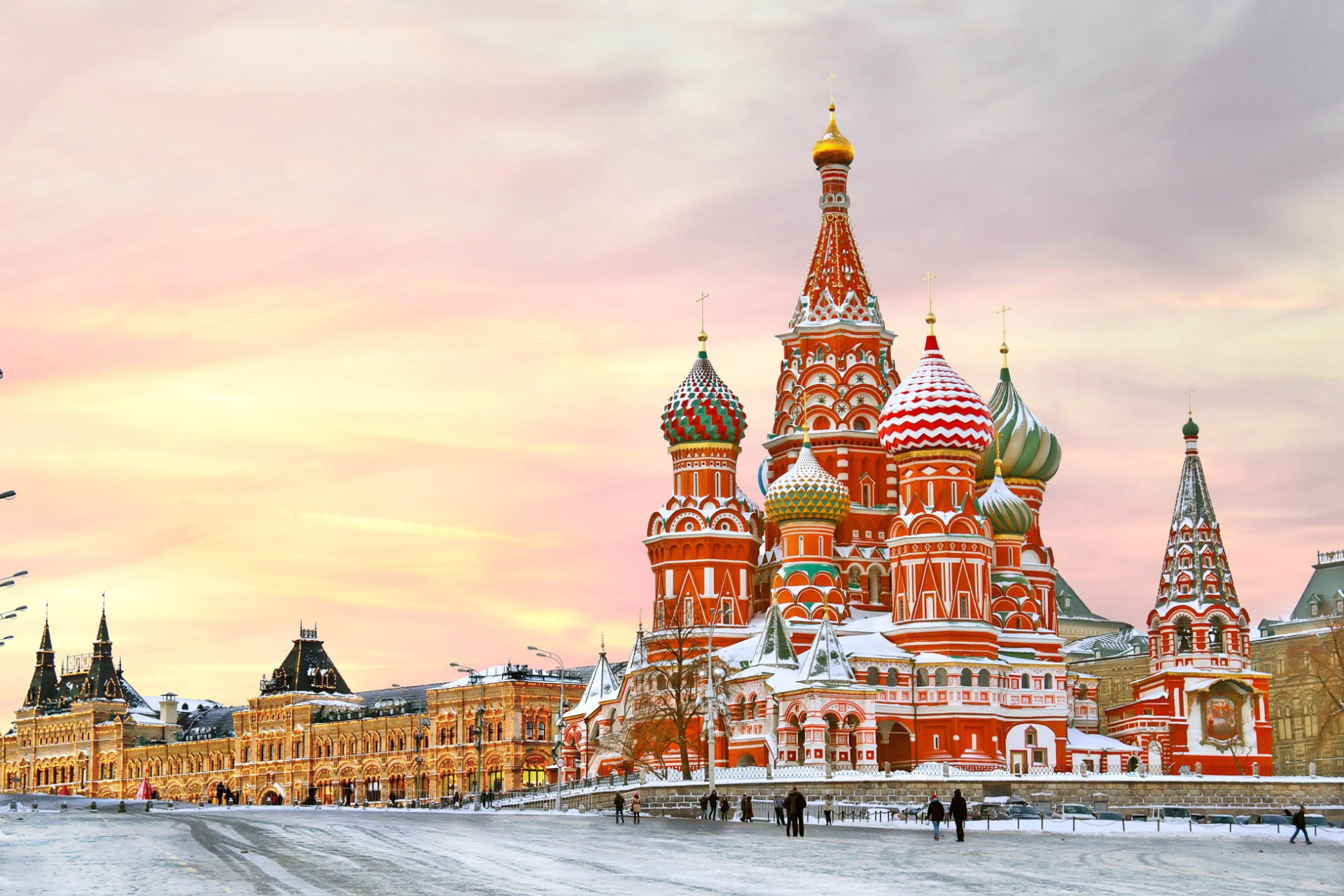 Day 7 Moscow The morning offers an excursion to Novodevichy Convent, a 16th century cluster of sparkling domes, one of the city’s most beautiful groups of buildings and full of history and treasures. The adjacent Novodevichy Cemetery is Moscow‘s most prestigious resting place after the Kremlin. The balance of the day is reserved for an excursion to the Tretyakov Gallery with its outstanding collection of French impressionists. The evening offers a dinner at Restaurant on the 29th floor of one of the seven famous high-rises of Moscow.
Day 8 Moscow departure Transfer to the airport.